EADS concerned about strength of the euro, Washington state pressing for second B787 assembly line

With the euro closing in on USD1.50, EADS CEO, Louis Gallois, is increasingly concerned about the currency impact on sales, as Boeing's aircraft become more price competitive.

In 2007, Mr Gallois announced that when the euro climbs ten cents against the dollar, EADS' operating result took a EUR1 billion hit. The exchange rate is now “close to the limit” and “beyond that it will become difficult”, according to Mr Gallois. Since Apr-2009, the euro has moved from buying USD1.29 to USD1.46, an increase of almost 15%.

EADS has meanwhile expressed renewed confidence that the A400M transport aircraft will be ready to fly in Dec-2009. That fact could help sway some of the European governments that have been less than happy with the three years of delays to the programme, and have threatened to reduce their orders, or cancel the aircraft all together.

Spain’s Defence Ministry announced it was “very optimistic” that European governments will agree to continue the programme. A key progress meeting is scheduled for Oct-2009, which will decide much of the direction the EUR20 billion programme takes. EADS has already been forced to set aside an EUR2.3 billion provision against potential losses stemming from the programme.

Meanwhile, Airbus has announced it is in talks with Singapore Airlines about delaying delivery of its next A380 from Dec-2009 to Jan-2010. No reason for the delay has been given, but Airbus' A380 production has been stretched as it wires the first 25 aircraft by hand before a new, more automated system is developed. If Singapore Airlines takes delivery of the aircraft in 2010, Airbus will have delivered just 13 A380s in 2009, instead of the earlier projected 14. This comes after the manufacturer cut its initial goal from 18 to 14 A380s earlier in the year. Airbus hopes to deliver “more than 20” A380s in 2010.

Across the Atlantic, the Washington State Governor, Chris Gregoire, is determined to see Washington become the home for the second B787 assembly line. Governor Gregoire publicly released the state’s pitch to Boeing for locating the line in the state.

Boeing has been coy about where it will locate the line, but its USD1 billion investment to acquire Vought’s South Carolina facility, which assembles B787 aft fuselage sections, has intensified speculation that the line could move outside Washington. Machinists in South Carolina voted out of union representation in early Sep-2009, a factor that may help swing Boeing’s favour, after the 57-day strike by the machinists union at Everett in late 2008.

Meanwhile, Vietnam Airlines has been the latest carrier to go public about its dissatisfaction with slipping B787 schedule, stating that the two and a half year delay has forced it to alter its business plans. The carrier has ordered 16 B787s, eight through leasing companies. It had initially expected to receive the aircraft in 2009, but “now nobody can confirm to us the exact delivery date”, according to airline President & CEO, Pham Ngoc Minh.

Oman Air hinted last week that the future of its order for eight B787s would be decided once the aircraft takes to the air for its first test flight, expected in late Nov-2009 or early Dec-2009. 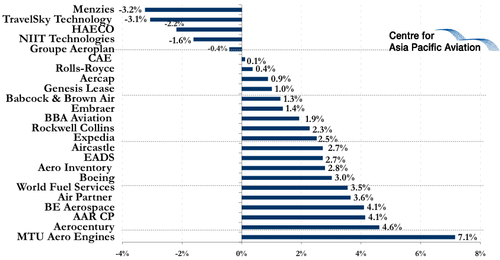