Dubai Airports has confirmed the new Dubai World Central-Al Maktoum International Airport will open for cargo operations on 27-Jun-2010. The airport successfully completed a trial service yesterday – Emirates Flight EK9883, a B777F operating from Hong Kong. HH Sheikh Ahmed Bin Saeed Al Maktoum, President of Dubai Civil Aviation Authority and Chairman of Dubai Airports stated, “This is an important milestone, not only for the airport's certification process, but as another step towards achieving Dubai's vision to become the pre-eminent centre for aviation worldwide.”

Emirates' Divisional Senior Vice President Cargo, Ram Menen, stated, "The fact that the airport is connected to Jebel Ali Port and Free Zone by a bonded road which cuts transfer times significantly is a strong sales point. Although our cargo hub continues to be Dubai International, there is no doubt that Dubai World Central-Al Maktoum International will play an increasingly important role - initially for spot cargo operations driven by customer need and eventually for scheduled freighter services."

Phase 1 of the new airport will feature one A380 capable runway, 64 remote stands, one cargo terminal with annual capacity for 250,000 tonnes of cargo and a passenger terminal building designed to accommodate 5 million passengers per year. In the short term, Dubai World Central-Al Maktoum International will increase the airport capacity of Dubai to accommodate the 48% increase in cargo volumes from 1.9 to 3 million tonnes that is anticipated by 2015.

When completed, Dubai World Central-Al Maktoum International will be the largest airport in the world with five runways, four terminal buildings and capacity for the 160 million passengers and 12 million tonnes of cargo that are expected to pass through Dubai by 2030. Ppassenger operations are currently slated to commence at the end of Mar-2011 in concert with the IATA schedule change.

But questions have been raised about the need for such a massive new facility, particularly in light of comments by Emirates that it intends to continue to operate from Dubai International for the foreseeable future. See related reports: 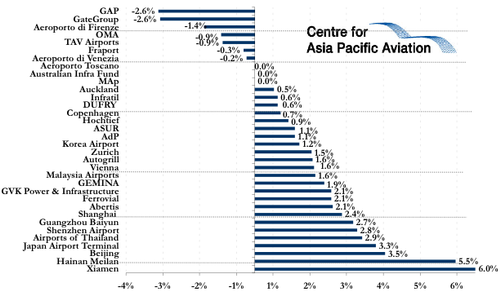