By contrast with European airlines, whose outlook seems to be regarded much more gloomily now, almost all American airlines performed well on Thursday. 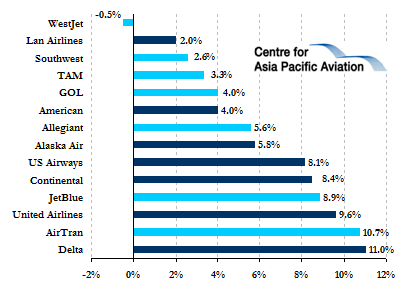 Among suppliers, Embraer (+12.6%), which had previously suffered negative sentiment, appears to be moving back into favour, helped by a Goldman Sachs report which suggested that proposed staff cuts (opposed by the political leadership, at least publicly) were now likely to succeed in producing considerable improvements in productivity. 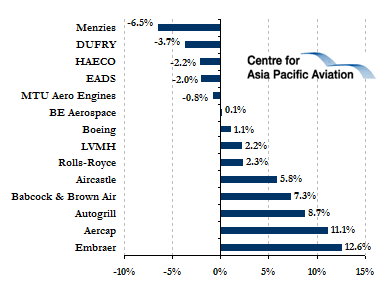