As part of the airport’s expansion programme, a new terminal dedicated to international operations will be constructed. In addition, the airport plans to construct a new runway and 27 additional aircraft stands, bringing the total number of gate positions up to 80.

The airport reported last week that passenger numbers rose 21.1% year-on-year during the 2010 Spring Festival travel period, on an 18% rise in aircraft movements. Xiamen reported a strong month in Jan-2010, when passenger numbers rose 22.7% year-on-year to 993,499, while cargo volumes were 24.8% higher at 14,711 tonnes, compared to Jan-2009. But the company's shares lost a further 0.8% yesterday (in broader market weakness), following a 1.9% dip on Friday last week.

Airport Business Daily contains these strategic news updates on Xiamen Airport, including construction and financial/traffic highlights. Sign up for other airport updates from China, including today: 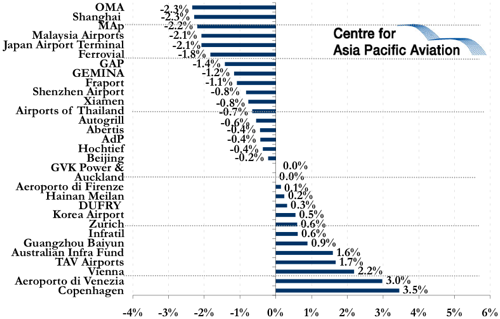