CAAC Director of Policy Research, Liu Shaocheng, estimates air passenger numbers will reach 266 million this year, and more than double to 700 million and then 1.5 billion p/a by 2020 and 2030, respectively, as the country’s economic growth continues to stimulate travel. Mr Liu cautioned that the construction of high-speed rail links and concerns about pollution may restrict the long-term growth of China’s aviation industry. China is scheduled to open 10 new airports in 2010, increasing the total number to 176 by year-end and 250 by 2020.

Meanwhile, Airbus China President, Laurence Barron, stated between 2020 and 2030, the country will become the “largest aviation market in the world”. Mr Barron added the manufacturer is “taking this country very, very seriously”.

In Shanghai, the Pudong Airport metro line 2 will extend its service time on its eastern extension from 10-Jul-2010. Subway operator, Shanghai Shentong Metro Group expects the line to be "the busiest among the city's 11 lines" after the schedule change. Passenger numbers are expected to surpass 1.3 million with the extended hours. 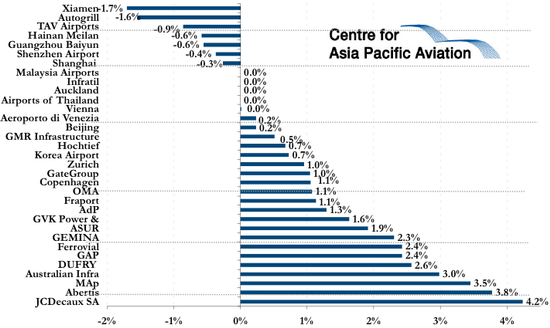