China is likely to become the world’s second largest economy by the end of 2010 (tipping out Japan if China's growth rates continue to accelerate). China is flexing its financial muscles outside its local market, becoming a major contributor in the aircraft financing and leasing sector last year.

Institutions such as CBD Leasing Co, BOC Aviation and the Industrial and Commercial Bank of China increased their activities in 2009, providing aircraft finance for foreign airlines, often for the first time. Airlines that had aircraft financing from Chinese sources in 2009 include British Airways, Qantas, Virgin Blue, Lufthansa, Air France-KLM and Southwest Airlines.

Airbus now expects Chinese institutions to increase their presence in international aircraft financing markets. In an interview with Bloomberg, the manufacturer’s VP of Customer Finance, Nigel Taylor, stated that the country’s deep pockets of financial reserves are “perhaps the major reason” why they are now more active than some of the “historical lessors” and are now becoming an attractive source of financing.

In 2008 and 2009, major concerns emerged over an aircraft funding gap (some estimates had put the potential shortfall as high as USD30 billion), as debt sources for aircraft purchases dried up from traditional lenders, at the same time as Airbus and Boeing had record numbers of aircraft rolling off production lines. Between the two major manufacturers, 979 aircraft were delivered in 2009, with more than 900 scheduled for delivery in 2010.

In mid-2009, Steve Rimmer, CEO of Guggenheim Aviation Partners, stated that debt was the “critical component of any strategy right now” and airlines noted significant increases in borrowing costs.

The downside was not as bad as initial estimates, and some traditional aviation finance houses remained strong over 2009. BNP Paribas closed 40 transactions through the year, providing USD8 billion on behalf of airlines and aircraft leasing companies, covering 217 aircraft or engines assets. However, much of the funding gap in 2009 was covered by export credit agencies (ECA).

According to estimates by DVB Bank, USD21 billion of the USD65-70 billion of aircraft financing in 2009 came from ECAs, a figure which was almost double 2008 levels. 34% of Airbus deliveries and 26% of Boeing deliveries last year were backed by government guarantees. This is somewhat less than anticipated at the start of the year, when Airbus COO, John Leahy, stated that the company expected up to 50% of its deliveries would require ECA financing, while the company could provide EUR1.2 billion in financing over the year itself.

2010 aircraft deliveries are expected to need USD60 billion in financing, but DVB has questioned whether ECAs will continue to support the market to such an extent. As a result, there is a major opportunity for Chinese financiers to step up their activities again this year.

Chinese deliveries to be funded locally

Airbus expects the majority of aircraft deliveries to Chinese airlines in 2010 to be financed by domestic companies and is increasing its cooperation with Chinese institutions, the most visible of which has been CBD Leasing Co (CLC).

According to Airbus' Leahy, Chinese financial institutions have done a “solid job of financing airlines in China; now they’re expanding rapidly beyond Chinese borders, and that should continue.”

Would you like detailed air finance and aerospace news from around the world delivered directly to your inbox or blackberry each day? Sign-up now for a complimentary subscription to Aviation Investor Daily - it's free for a limited time! 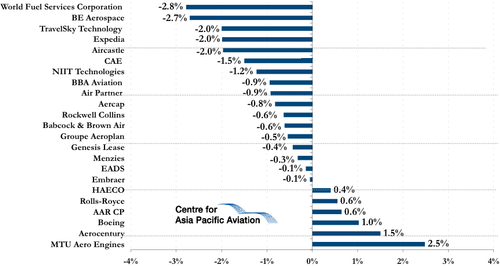