LAN Airlines promised regulators in Chile and Brazil lower fares and more competition on key routes shared with TAM in order to win approval for a proposed merger as a regulatory probe nears an end. LAN laid out the concessions before Chile’s antitrust tribunal, defending the creation of Latin America’s largest carrier from a consumer group’s challenge.

The probe has pushed back the effective date of any merger from 3Q2011 to early-2012 however TAM is confident to receive approval by the end of Jul-2011.

Caribbean Airlines and Air Jamaica signed an formal merger agreement. Under the agreement, the Jamaica government will own 16% of the Trinidad-based CAL while Port of Spain will spend an estimated USD49.2 million to facilitate expansion of CAL, which took over five of Air Jamaica’s routes in 2010. In Apr-2010, the Bruce Golding government assumed all financial liabilities up to the end of that month for Air Jamaica with CAL assuming the financial risk of continuing Air Jamaica’s activities from 01-May-2011. 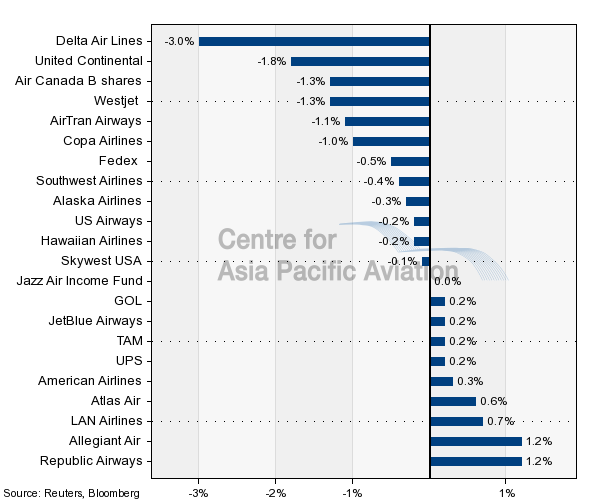