The "pure" LCC model was all about focusing on costs - and nothing else. This allowed its stern adherents to charge significantly lower fares than incumbent airlines and to make dramatic gains in market share. In turn, FSCs adopted elements of the LCC model, particularly on short haul, and LCCs started to add features on top of the basic 'no-frills' offer.

What are the implications for the cost base of diluting the purity of focus? Does the additional yield derived from providing additional services justify increasing the cost base? Should LCCs grow their links with FSCs and even provide them with feed?

This report, our third based on themes raised at CAPA's Airlines in Transition 2014 conference in Dublin in Apr-2014, touches on these issues as discussed by a panel of experienced industry experts. Moderated by Professor Rigas Doganis, the panel included Conor McCarthy (Executive Chairman of Dublin Aerospace and Co-founder of AirAsia), Jim Young (President of Canada Jetlines), Andrew Pyne (Senior Partner, Concuros), Tony Davis (COO, Irelandia Aviation) and Alex Cruz (CEO of Vueling).

"If you abandon purity on costs, you are dead"

Developments in the airline industry have prompted moves by both low-cost carriers towards the full service carrier model and vice versa, towards what has become known as a hybrid model. In spite of this process of hybridisation, the labels 'LCC' and 'FSC' remain in common use. Moreover, although the definition of a low-cost carrier has become more blurred, most observers would agree on which airlines are LCCs and which are not: it's a case of "you know it when you see it".

However, Vueling CEO Alex Cruz does not like the LCC label, preferring to talk about the "fundamentals of the model". Displaying the ability to keep things simple that has served the Spanish airline well, he argues that there are two things that make a company work: costs and revenues. Nevertheless, he is clear about where his priorities lie. "If you abandon purity on costs, you are dead", he warns.

However, this does not mean that the revenue side of the equation should be ignored. "If you are maintaining as the number one premise that you will not sacrifice your cost base, you are OK. If you look for additional revenue without considering costs, that won't work", says Mr Cruz.

He notes that Vueling has reduced costs year on year, adding that "we will pursue revenue impurity as long as we remain pure on the cost side". For example, Vueling offers a transfer ticketing product at Barcelona, but the schedule is not adjusted to facilitate this, prices are simply the sum of the point to point fares and an additional fee is charged for the service. 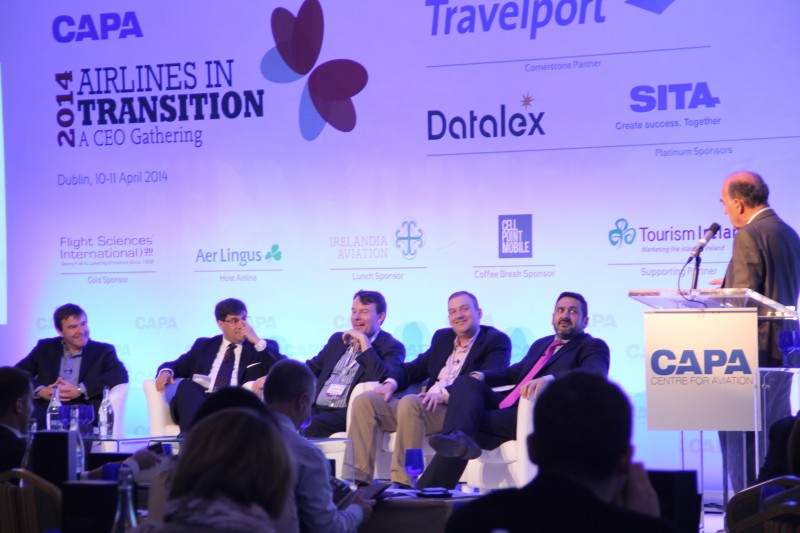 "Cost is given and must be managed, but revenue is aspirational"

Irelandia Aviation has a track record of investing in low-cost carriers around the world and continues to advocate the 'pure' LCC approach. Its COO Tony Davis (also a former CEO of Singapore-based LCC Tiger Airways) is nervous of revenue impurity. "If you add more product, you will add cost. … If you add cost to drive more revenue, that is pretty risky", he says.

Mr Davis sees growth as a powerful way to reduce unit costs (since fixed costs are spread over a higher number of passengers and seats). This works well for small LCCs, who have opportunities in a "ripe market", but growth becomes more challenging as the airline becomes bigger.

At this point, a strategy of going after revenues through new product features may be valid. "Larger LCCs adding product and some cost can do it as they are very large and have pricing power", he suggests, before his pure LCC instincts re-emerge: "As a pure model, cost is bad. Cost is given and must be managed, but revenue is aspirational".

"It’s about how you manage the business"

Conor McCarthy also has extensive experience in the industry, as Executive Chairman of Dublin Aerospace and a co-founder of AirAsia (he is also a director of Turkish LCC Pegasus Airlines). He boils the debate down to a question of management. "It’s about how you manage the business", he says, "How you deal with difficult situations".

AirAsia's approach has seen it adding new elements, but Mr McCarthy describes these as "bolt-on and also bolt-off". This means that "if they are not working, we take it out". For example, long haul affiliate AirAsia X is separate from the short/medium haul airlines of the AirAsia group and, while its approach shares many elements of the original AirAsia model, the two can also evolve separately.

Common elements include no interlining outside the group and pricing multi-stage trips on the sum of the segments. "We are close on many things, but there are some differences, such as lie-flat beds", says Mr McCarthy.

"…the risk is leaving space behind for others to enter"

Andrew Pyne is Senior Partner of aviation consultancy Concuros and formerly CEO of Russian LCC Avianova and medium-haul LCC Viva Macau. He describes Viva Macau's business model as "complex", with elements that diluted the pure LCC approach, including on-board frills, connections and long-haul. By contrast, he says that running Avianova was easier as it was closer to the purist model.

Mr Pyne's experience has taught him to be wary of LCCs that abandon simplicity in pursuit of RASK (revenue per available seat kilometre) as he believes that this also adds CASK (cost per available seat kilometre). He expects recent initiatives by Ryanair in the area of customer service to lead to increased CASK and says that they are "motivated by a belief that RASK will compensate, but the risk is leaving space behind for others to enter".

"If you add complexity, you need to get someone else to pay for it"

The panellists agree that no LCC can just stand still, but market and competitive developments mean that they need to evolve. Moreover, maintaining an absolute focus on low costs may not always be possible. Mr McCarthy points out that, while AirAsia still has the lowest CASK, its CASK has grown as, for example, airport and distribution charges have increased. Mr Cruz points to a number of supplier contracts at Vueling that are linked to inflation, while stating that he is trying to remove these whenever possible.

Mr Cruz also argues that there are customers that are willing to pay more for additional services and the airline must attend to them. For example, Vueling offers business class, but only one row (or none at all, on some flights). In his view, the process of "premium-ising" profitably takes time, innovation and the right culture.

Jim Young, President of proposed startup Canada Jetlines, makes a simple observation: "If you add complexity, you need to get someone else to pay for it". He argues that management is a key component and that revenue generation needs to be properly managed. "What gets measured gets managed", he says, "so measure PRASK and ancillaries separately". This will help to foster an approach that ensures ancillary services are paid for with ancillary revenues.

"If FSCs move the product towards LCCs, it makes it easier for the LCC…"

As LCCs add services and product features and FSCs unbundle to offer LCC-like products, it is becoming harder for each type of carrier to differentiate itself, leading to what Mr Pyne calls "an identity crisis" for many FSCs. He refers to Aer Lingus and other legacy carriers charging for extras, but not at a "Ryanair price" and says "It's a problem for FSCs to underline to passengers what is the value. There are certain FSCs with LCC product, but not LCC fares".

For Mr Cruz, it is important to distinguish between different segments of the market with different customer needs. "40% of Vueling's network is overlapped by Ryanair, where fares need to be competitive", he says, "and on the rest of the network, we also need features".

Mr Young believes there is confusion in the market place, with fares being the main differentiator. For Mr Davis, the moves by US legacy carriers towards the LCC approach are "just tinkering". He argues that they still need a more fundamental change in the way they operate.

Mr Davis says that "it is not just about food on board", but key operational and strategic factors such as network, airports and the management of waves. "If FSCs move the product towards LCCs, it makes it easier for the LCC as the product offering is similar", observes Mr Davis.

"Legacies need LCCs to be able to survive"

They may have moved their business models partially in each other's direction, but what are the prospects for relationships between LCCs and FSCs? Perhaps not surprisingly, the CEO of the FSC-owned LCC Vueling believes that agreements between the two types of airline will happen. "Legacies need LCCs to be able to survive", he says.

Other panellists appear less certain. "The history is patchy", says Mr Pyne, "LCCs need full autonomy". He questions two LCC subsidiaries of FSCs: "[Qantas subsidiary] Jetstar is not a proper LCC on a CASK basis. I am sceptical about [new Aeroflot subsidiary] Dobrolet". Mr McCarthy argues that some of the Asian LCC subsidiaries of FSC groups are not low cost, although they are low fare. "The model will unravel if they don't maintain a disciplined approach".

There are also doubts about whether staff can be used interchangeably between FSCs and LCCs. "No, you can't do it", says Mr Young, adding that it creates "friction". Mr Davis agrees: "Management focus, working practices, union agreements and the mindset are all different".

The balance of opinion on this panel seems to be that cost purity remains essential for low-cost carriers and that this necessitates a distinct culture and approach. "If your first thought when you wake up in the morning is 'how am I going to save money', then you're in the low-cost business", says Mr McCarthy.

LCCs can successfully and profitably pursue additional revenues, provided that this does not unduly add complexity and costs. However, Mr Young still sees further opportunity for the pure LCC model.

The concept is simple: "Start with a clean sheet and find a market where you can come in under competitors' costs", he says.

To be continued..... this is a debate that will not quickly, if ever, reach a resolution.