European airline shares rose on Monday (26-Jul-2010) as wider markets closed at a five week high, led by gains in the banking sector after passing stress tests relatively unscathed. A strong rebound in US homes sales for Jun-2010 also pushed markets higher, following a record low month in May-2010.

Eurofly (-5.2%) was the only carrier to suffer a significant fall in share price for the session. The carrier has been suffering operational issues with the air traffic controller strike in Greece. Thomas Cook Group (-0.7%) was also down. 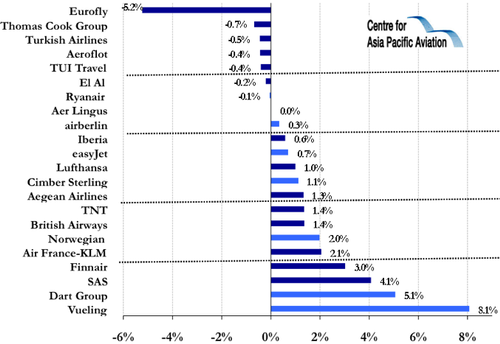