British Airways shares were shunned by the market yesterday, losing 8.5%, after the carrier issued a brief update, blaming the pound's decline for further deterioration of its financial position, which will mean operating losses of GBP50 million for 3Q09 and GBP150 million for the full year to 31-Mar-09.

BA shares have lost over a quarter of their value this month alone, and major network airline competitors, Air France-KLM and Lufthansa, have not fared greatly better. Some consolation for BA came in the form of a surge in the GBP against the dollar yesterday, from 1.35 to 1.40. 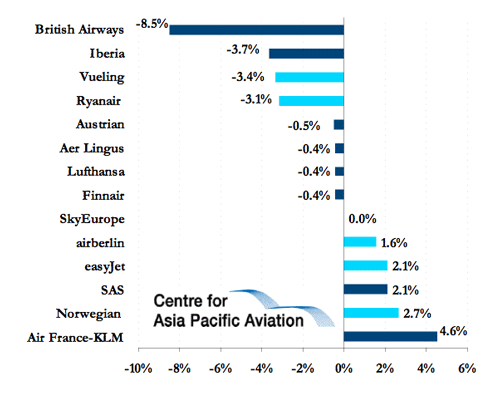