Investors shrugged off Lufthansa's commentary that while Economy class demand has been stabilising over the past few months, premium travel demand continues to decline at a rapid pace. The carrier confirmed plans to remove a further seven aircraft (for a total of 25 aircraft) from service in the remainder of 2009, with plans to remove five aircraft from its European fleet next month and two long-haul routes in Sep-2009. 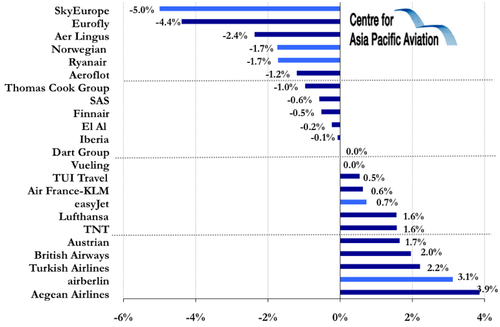