Shares in British Airways jumped 5.0% on Friday, as CEO, Wille Walsh, assured investors that while yields are likely to be under further pressure in 2QFY2009/10, the carrier has stabilised its volumes and passenger seat factors. The carrier reported an operating loss of GBP94 million for the three months ended 30-Jun-09 (compared to a profit of GBP35 million in the previous corresponding period). Yield per RPK declined by 9.7%, while revenue dropped by 12.2%, resulting in a 6.2 ppts fall in operating margin. 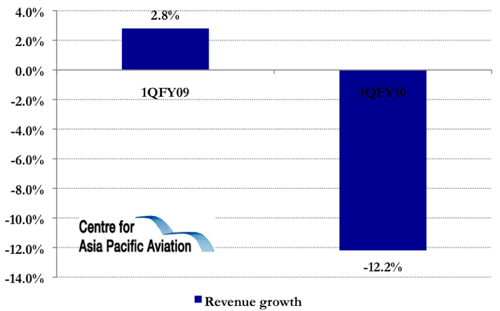 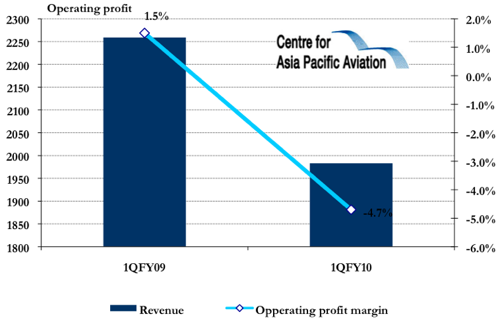 Aer Lingus shares’ gained 4.4% on Friday as the carrier reportedly announced its is seeking cost cuts of a further EUR130 million. Cost cuts would focus on its trans-Atlantic and ground operations. The Irish Finance Ministry is meanwhile, considering plans to transfer its 25% stake in the carrier to the National Pension Reserve Fund (NPRF), under the Irish Government’s review of its annual EUR1.5 billion contribution to the fund. The stake is valued at approximately EUR70 million.

Elsewhere, Lufthansa lost 1.3% on Friday, as the European Commission announced plans to draft a conditional clearance for the carrier’s proposed takeover of Austrian Airlines (see below). Lufthansa put forward improved remedies to address competition concerns raised in the merger case late last week. The draft decision will be submitted to the Advisory Committee of the Member States and a final proposal will be presented for adoption to the College of Commissioners “as soon as possible”. The Frankfurt DAX closed 0.53% lower on Friday and shares in Austrian dipped 2.3%.

Shares in Air France-KLM were down 4.1% on Friday, as the carrier reported wider than expected losses for the three months ended 30-Jun-09. The carrier reported an operating loss of EUR496 million for the period (compared to a profit of EUR201 million in the previous corresponding period. 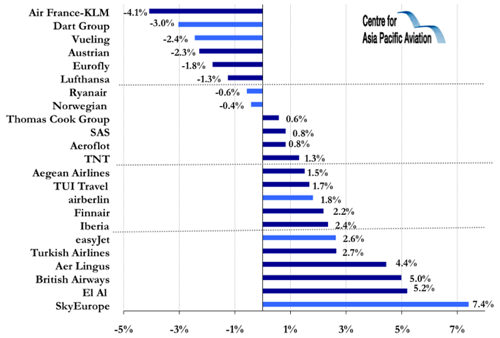 Lufthansa Chairman and CEO, Wolfgang Mayrhuber, Chairman welcomed the “positive signals we received from Brussels and are counting on formal approval soon of the merger with Austrian Airlines. In taking this course, the EU Commission underlines its strategy to give the European airline industry a chance to persist amid global competition. Also a market with the size of Austria can keep its international connections. The strategy thereby ensures competition, which has risen steeply and steadily since deregulation and liberalisation of the market. The interests of customers and locations are taken into account adequately.”

Earlier, the Directorate General of the EU Competition Commission had expressed its support for the granting of anti-trust immunity for the merger with Austrian under economically acceptable conditions to Lufthansa. “A prompt go-ahead for the merger is essential for Austrian Airlines, the airport Vienna and all the partners involved in air traffic to obtain planning security and to undertake the necessary measures resolutely,” Mayrhuber emphasised.

The EC stated, "after talks about the results of this week's market test, Lufthansa has put forward further improved remedies to address the competition concerns raised in this case. Following this, Commissioner Kroes has instructed her services to draft a conditional clearance decision. The draft decision will be submitted to the Advisory Committee of the Member States and a final proposal will be presented, for adoption, to the College of Commissioners as soon as possible".