Bombardier has broken a 16-month ordering drought for its new CSeries and reported a better-than-expected 1QFY2012 profit, lifting its shares 3% against a general aerospace stock slump. Bombardier, which is also the world's largest train maker, reported net profit of USD220 million, up from USD195 million a year ago. Revenue rose 9%, to USD4.66 billion.

Aerospace revenue rose 10% to USD2.2 billion. Bombardier reports its commercial aircraft segment has been slower to recover, by is now seeing an improved level of interest from customers. The company expects to deliver 150 business aircraft and 90 commercial aircraft in 2011. Q400 output will be reduced temporarily at the end of 2011, while Bombardier stated it will need some major orders for its CRJ regional jet family if it is to avoid cutting output in 2011.

Bombardier also confirmed it is in advanced talks with seven to 10 customers for CSeries orders, with other order negotiations going on with a "handful" of customers. 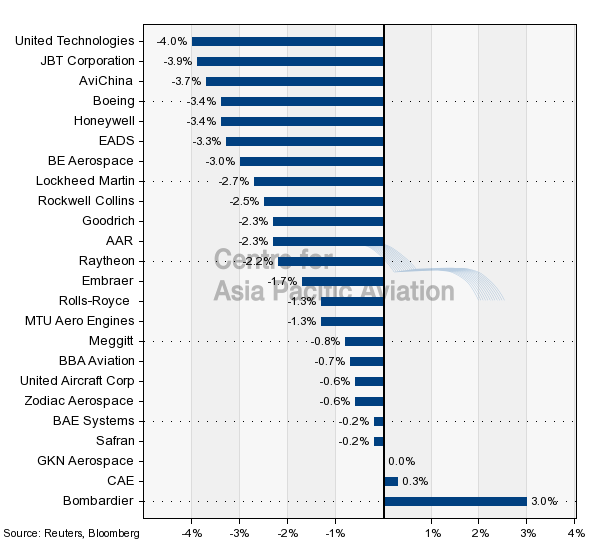