Bombardier – No support for Home Market Rule, pressing on with CSeries regardless

Bombardier Aerospace President and Chief Operating Officer, Guy Hachey, stated that the company has no plans to support the existing ‘Home Market Rule’ between Airbus and Boeing that currently prevents them using export credit to finance jet purchases in each other’s home markets.

In an interview with the Wall Street Journal, Mr Hachey stated that the rule does not represent a level playing field, particularly for its customers in Europe, and he does not view it as a legally binding accord.

The current OECD negotiations on aircraft financing and manufacturing, the Aviation Sector Understanding, are expected to be completed by the end of the year, but the home rule question is reportedly threatening to upset the whole process.

Airbus and Boeing are acutely aware of the threat that the CSeries poses to the bottom end of their narrowbody market. If the 110-149 seat CSeries does begin to take large numbers of orders away from them, then they will be forced to react. With no narrowbody replacement due for at least another ten years, the best option is for new technology engines. Airbus is expected to make a decision on new engines for the A320 before the Jul-2010 Farnborough Air Show, and Boeing by the end of the year.

If one leaps though, the other cannot afford to be left behind. Both are sitting on massive order backlogs for their current narrowbodies.

Bombardier is talking to 60-65 airlines about the new aircraft, with three customers already signing on (Lufthansa, Republic Airways and LCI Leasing). There are a “handful” of other customers in the wings, according to Hachey, which could see Bombardier taking the fight firmly to Airbus and Boeing. 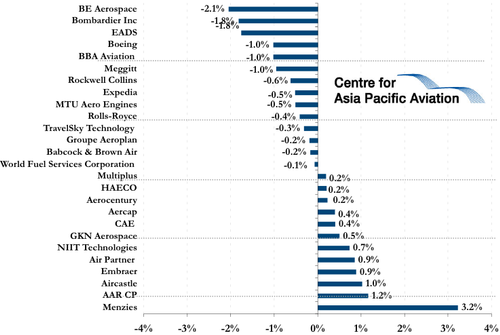