As the prospect of China Eastern and Shanghai Airlines' merger improved, major mainland airport stocks slipped in the expectation that airline rationalisation might spell lower growth for them.

And for Ferrovial, the CAA's indication that each of the main London airports may need to operate independently was not the news the Spanish company was hoping to hear. It may now have to divest not only Gatwick, but also Stansted.

Airports of Thailand stocks meanwhile gained from a respite from civil strife and on the hope that a new, more stable, government might be established. Copenhagen too may see some upside, as carriers like Norwegian expand to fill the gaps left recently by the demise of Sterling and the contraction of SAS. 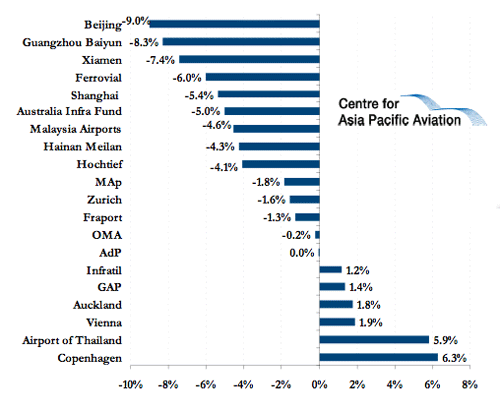