Unions, snow, ash and strikes have resulted in BAA reporting a pre-tax loss of GBP317 million for 2010, according to the UK airports operator, which is owned by Spain's Ferrovial.

The largest single contributors to the loss were the cancellation of plans for new runways at Heathrow and Stansted, which cost GBP149 million, and interest charges of nearly GBP400 million on the group's GBP10 billion in debt. Shares in Ferrovial were down 1.7% in trading on Tuesday.

Australian Infrastructure Fund reported a 32% decline in 1HFY2011 revenue, to AUD96.8 million. The airport investment company reported first-half net profit of AUD88.2 million, also down 32%. Shares in the company were flat yesterday, but gained 0.6% in early trading on the ASX.

Elsewhere, Turkish airports operator TAV saw its shares decline 7.1%. The company is partially exposed to the turmoil in North Africa, with airport holdings in Tunisia. 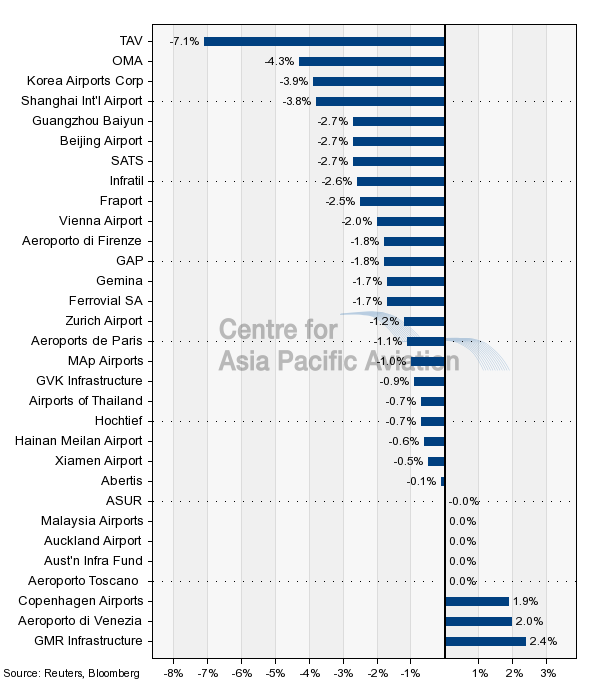