Shares in International Consolidated Airline Group SA (IAG) the new company controlling British Airways and Iberia began trading yesterday in Europe. The shares opened at GBP2.82 in London and EUR3.25 in Spain and closed up 0.9%.

IAG CEO Willie Walsh stated: "British Airways and Iberia are the first two airlines in IAG, but they won't be the last. Our goal is for more airlines but, importantly, the right airlines to join the group. Today is the first step towards creating a multinational multi-brand airline group." Mr Walsh has previously indicated he is interested in around 12 airlines globally.

Meanwhile, Aeroflot's shares fell in line with the 1.9% decline in the 30-stock Micex Index in the wake of the bomb blast at Moscow Domodedovo Airport. 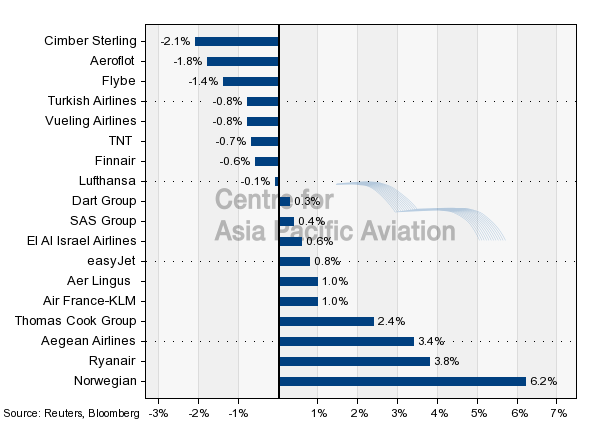