AviancaTaca announced its share issue on the Colombian Stock Exchange (BVC) ended with the requests for shares exceeding USD1.5 billion, more than five times the initial offering of approximately USD250 million. The validation process of the requests will begin 18-Apr-2011 and the share allocation will be made between 29-Apr-2011 and 05-May-2011.

The final allocation will be communicated on 06-May-2011. Starting 11-May-2011, the new shares will start trading on the BVC.

Air Canada B Shares dipped 2.9% on Friday. The carrier's pilots association has scrapped its ratification vote on its tentative labour pact with the carrier, after parts of the proposed deal proved controversial to pilots. The union’s master executive council stated it will meet on 19-Apr-2011 to consider alternatives, including the potential of returning to the bargaining table before rescheduling the next vote. Meanwhile Air Canada CEO Calin Rovinescu is moving full speed ahead with the carrier’s plans to launch an LCC division. The carrier plans to rely on four B767s for transatlantic routes and six A319s for sun markets. 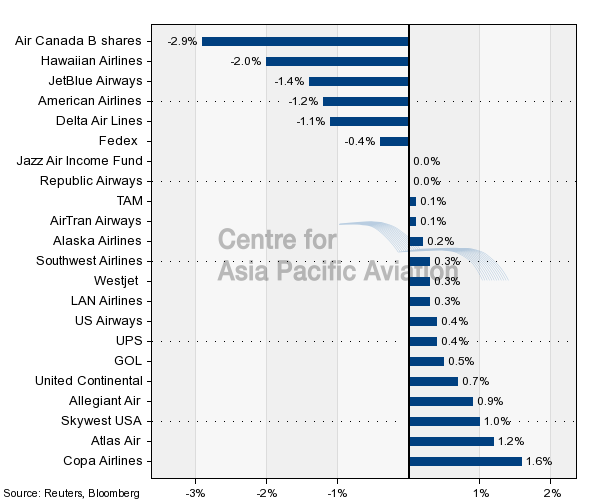