Discount air fares in the Australian domestic market continue to fall this month, though there has been some improvement in business and full economy fares, according to the latest survey from the Bureau of Infrastructure, Transport and Regional Economics (BITRE).

Best Discount domestic fares in Australia are now around half the level they were in Jul-2003 and have fallen approximately 15% year-on-year. Fares in this category reached their lowest point in Jan-2011, when the index dropped to 48.1 (Jul-2003 =100).

Retail sales in Australia rose nearly 1% in Feb-2011, according to the latest spending data from the Commonwealth Bank. It was the third gain in four months and the fastest trend growth rate since Aug-2009. There were 11 consecutive monthly falls in retail sales starting in Dec-2009, which corresponds to the start of the most recent slide in discounted domestic air fares. 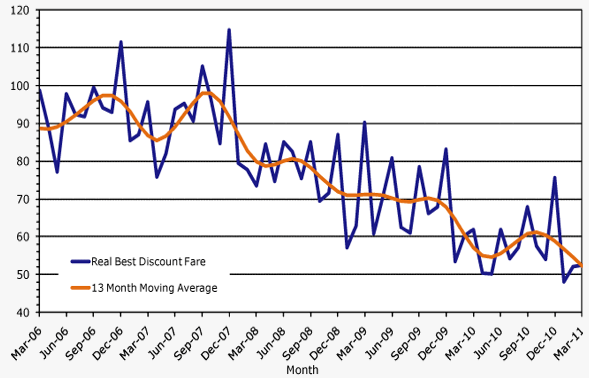 Airlines will draw some encouragement that retail spending appears to be improving once again. There is also the possibility that travellers will choose to holiday closer to home amid the string of global crises, which could boost domestic travel in coming months, raise load factors and reduce the availability of the most heavily discounted fares.

Business fares have risen year-on-year, as have the more restricted economy fares. 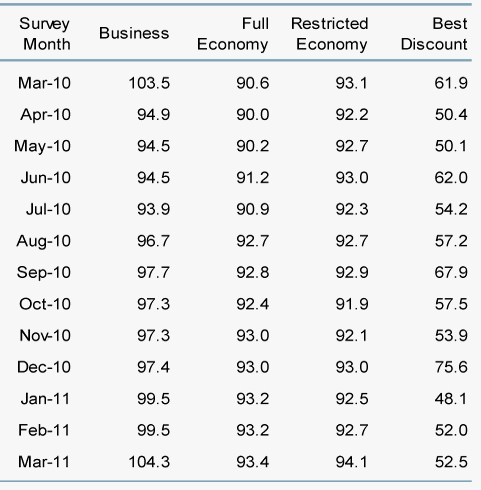 Figures available on the CAPA website for an array of Australian airports shows that fares remain under pressure in many key city pairs, for example Sydney-Melbourne Tullamarine and Melbourne-Brisbane. Easter, which falls in late April this year, is however providing some upward momentum in forward ticket prices. 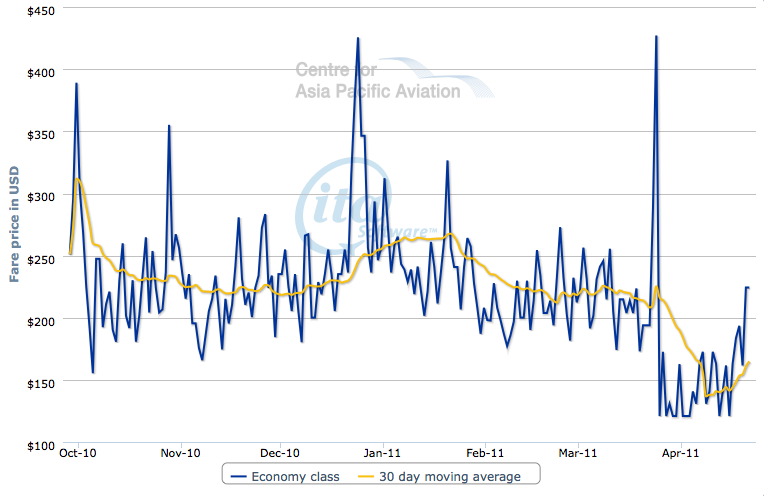 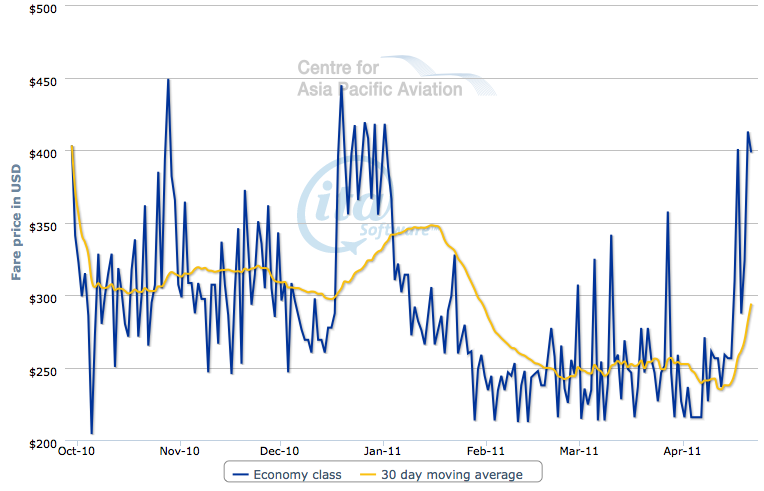