Asian growth could be the story of 2010 and beyond, with IATA stating that in 2009 intra-Asia-Pacific travel had eclipsed the number of travelers in North America as the world’s largest aviation market and Airbus forecasting that the Asia Pacific would overtake the US and Europe as the world's largest air transport market in the next 20 years.

Airbus’ 20-year demand forecast for the region is 8,010 aircraft, valued at USD1.2 trillion, or over a third of its total forecast order volume over the next 20 years of USD3.1 trillion. The manufacturer expects demand for 880 very-large aircraft, 2,570 widebodies and 4,560 narrowbodies in the region. Chinese demand is expected to account for approximately one third of this, and the country will be a crucial battle ground between manufacturers.

Lufthansa Technik Chairman of the Executive Board, speaking to Reuters, commented that “Asian airlines are coming back, but the rest are still not” and “some airlines are growing even in a crisis”.

BOC Aviation stated it had a “landmark” year in 2009, with assets under its control surpassing USD5 billion for the first time, as it took delivery of 43 aircraft in the year, including 23 through sale-and-lease back agreements. BOC Aviation is confident of continued growth in the operating lease industry, “particularly in the Asia Pacific region”. To meet demand in regions such as Asia, BOC has advanced seven delivery positions from 2011/2012 to 2010.

That Asian growth is coming back much more quickly than other regions such as the US and Europe does not guarantee aircraft orders will be strong from the region over the next couple of years. Indeed Airbus does not expect to see new aircraft ordering to pick up until 2012. See related report: Airbus sees strong Asian orders, but not until 2012. Right now, there is too much capacity

With such substantial growth and demand for aircraft in the region, new aircraft manufacturers are eager to enter the market. China’s COMAC is already testing its ARJ-21 regional jet and plans to have its new C919 narrowbody enter service by 2016, as a direct challenger to Airbus’ and Boeing’s narrowbody families, which are not due to be replaced until beyond 2020.

COMAC expects to sell more than 2,000 C919s over the next two decades, including more than 100 before the end of this year. CFM International, which will have its new LEAP-X engine power the aircraft, stated that if the aircraft is a success, then COMAC has the capacity to “produce the same volume as Airbus or Boeing”.

Air China and China Southern Airlines both announced yesterday that they would support the domestic aircraft manufacturer. Air China, which estimates it will need approximately 400 aircraft over the next five to six years, stated it would “absolutely” support COMAC’s challenge to Airbus and Boeing, while China Southern’s stance is that if the government needs the carrier to purchase the aircraft, then it will.

Other manufacturers are also looking to gain a slice of the big potential Asian market, particularly in regional travel. Israel Aerospace Industries Chairman, Yair Shamir, announced yesterday that the company is looking for Asian partners to manufacture a 40-90 seat regional aircraft, to capitalise on the “huge” potential.

The company has developed “dramatic” business models with two partners in Asia and expects “regional plane travel will grow faster than other places”, as the Asia Pacific prospers,. IAI stated that an Asian manufactured regional jet could be flying within approximately five years, with an initial production of 24 aircraft p/a.

Mitsubishi also expects strong regional jet sales in the Asia Pacific, as it progresses with development of its 70-90 seat MRJ. 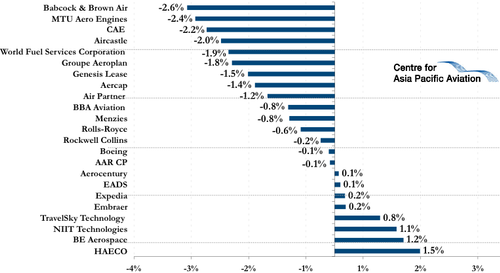