Asia Pacific full service airlines recorded a strong rebound in traffic demand in 2010, bolstered by robust economic growth in Asia and an overall improvement in global economic conditions. “Robust” demand was seen for leisure and business travel, according to Association of Asia Pacific Airlines (AAPA), which added that the outlook for 2011 remains "broadly positive".

Meanwhile, monthly growth rates have naturally moderated as the recovery is completed, although both passenger and cargo traffic volumes have now surpassed pre-recession peaks. 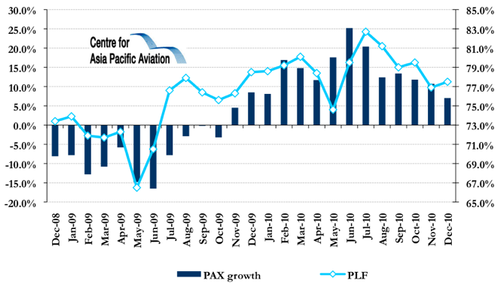 Traffic in 2010 increases at fastest pace in six years 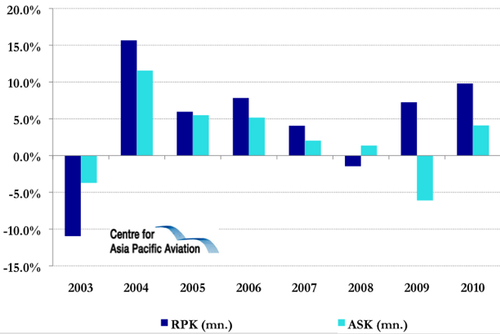 Capacity growing faster than traffic for first time since Aug-2008

During Dec-2010, traffic (RPKs) increased 4.5%, although this was outpaced by a 6.6% capacity (ASKs) increase. Dec-2010 marks the first month since Aug-2008 that capacity has grown at a fastest pace than traffic. This traffic growth exceeded a 15.5% increase in capacity, resulting in a record international cargo load factor of 70.0% (+4.9 ppts). 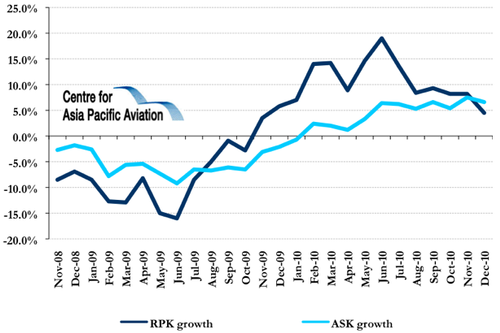 Load factors, however, declined in Dec-2010, for the first month of load factor contractions since Jul-2009. 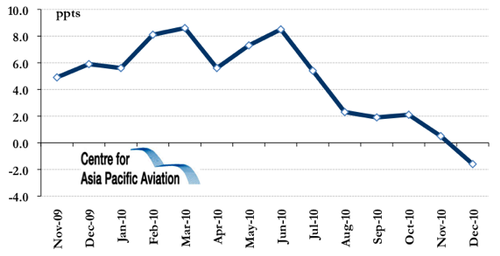 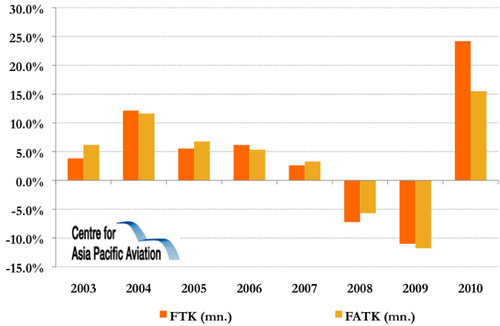 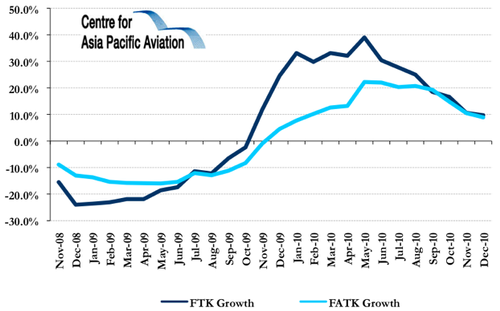 In the full year, and despite a 15.4% capacity expansion, international cargo load factors reached a record high at 70.0%, a 4.9ppt load factor improvement. 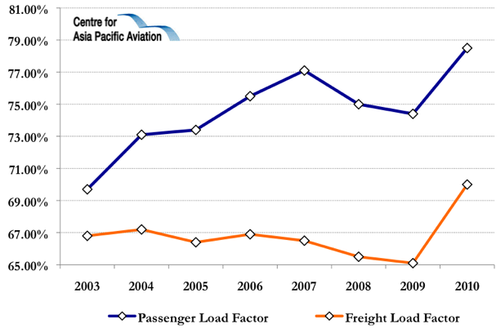 Looking ahead, Mr Herdman said: “Given expectations of further sustained growth in traffic demand, the outlook for the new year remains broadly positive. Indeed, the prevailing shift of political influence and commercial dynamism towards Asia should result in players from the region playing an increasingly important role in shaping the future of the air transport industry.”