As if the airlines didn’t have enough problems. Oil goes through the roof

This is weighing heavily on airline share prices and the outlook offers little room for comfort.

Whichever way you look at it, the world’s airlines have another tough year ahead of them. Some will do better than others; some will fail, as the overhang of two years of losses and new accumulated debt simply becomes too much.

But overall, 2022 no longer holds the promise of a gleaming post-recession recovery that had been hoped for.

Demand will continue choppy for some months to come, at least, as capricious border closures persist, encouraging consumers to look elsewhere for their discretionary spending. Worse still, business travel will be muted, destroying the high yielding fares that sustain long haul international travel.

So, as the world’s economies stagger back into growth, still burdened by supply chain disruption, it’s a most unwelcome development that oil prices should hit a seven year high in the past week to 21-Jan-2022, Brent Crude ending at just under USD88 a barrel.

Moreover, Goldman Sachs has suggested the price would climb to USD100 in 3Q2022 – not as big a rise as it perhaps sounds, only another USD11 from current levels. Part of the rises are attributed to shortage of oil supplies, as producers and users have allowed stocks to decline. It would not be the first time a large and influential financial institution has predicted triple digit oil; without being unduly cynical, price volatility and higher prices offer better trading prospects.

IATA’s reporting on jet fuel prices – jet fuel is a distillate from the crude oil – shows however that the airlines are already paying over USD100 for their fuel.

And, as can be seen from the graph below, the gap between aviation fuel and crude prices is widening, never a good sign. If travel demand picks up in the next few weeks, as many predict, pressures for further increases will grow. 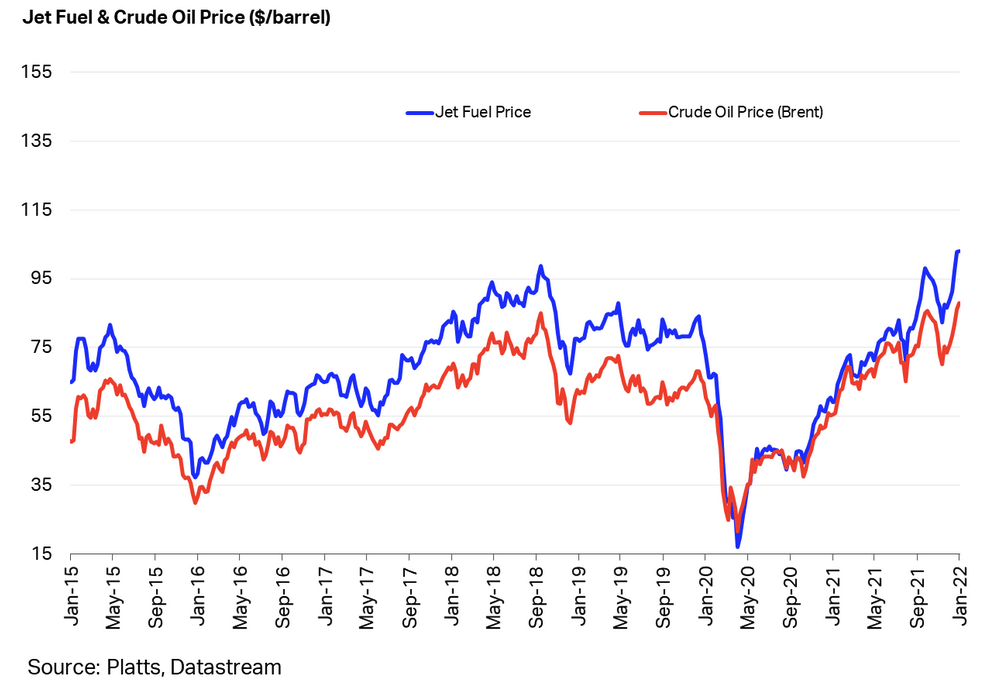 At these prices, IATA notes that the “impact on the 2022 fuel bill” will be USD63.1 billion. To put that in context, in 2019, when IATA airlines made a collective profit of only USD30 billion, jet fuel prices ranged between USD70-85 per barrel, mostly at the lower range.

The first month of this year is almost gone – with most airlines still highly unprofitable - and it is most unlikely that collective revenues will achieve 2019 levels. Add another 20% or more to fuel costs in an industry with such tight margins at such a fragile time and the conclusions are unambiguous.

Much of the air travel recovery to date has been among the price sensitive segments of the market, the tourists. So the fuel price rise is acutely significant for the more successful airlines.

Where fuel costs represent anything from 30-50% of costs, depending on the cost profile of the airline (that is, for LCCs, whose other costs are lower, fuel accounts for a higher proportion overall), that means the recent developments hit right at the heart of the recovery. LCCs frequently do not hedge their fuel costs, leaving them more open to fluctuations. Sometimes they benefit; when prices rise steeply, they suffer disproportionately.

While there is optimism about the prospects for a European travel recovery, airlines like Wizz Air are feeling the pain. Share prices for most airlines are however sliding in recent days, perhaps a comnbination of uncertainty, but fuel price outlook is undoubtedly weighing heavily. 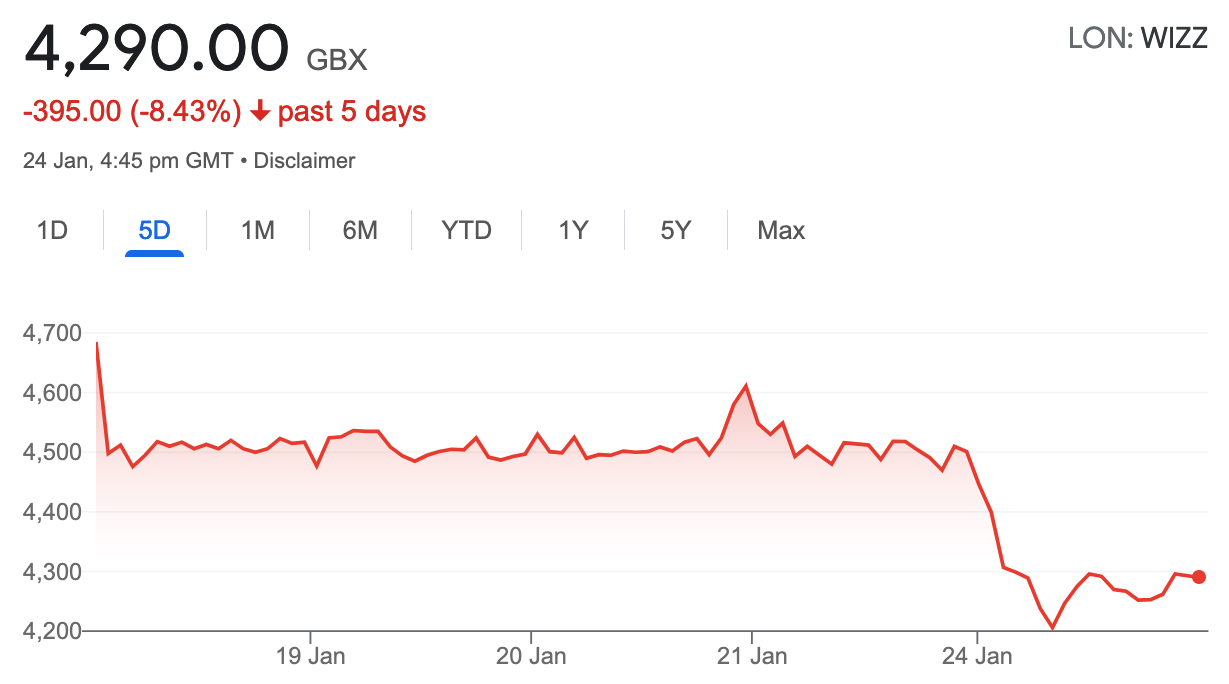 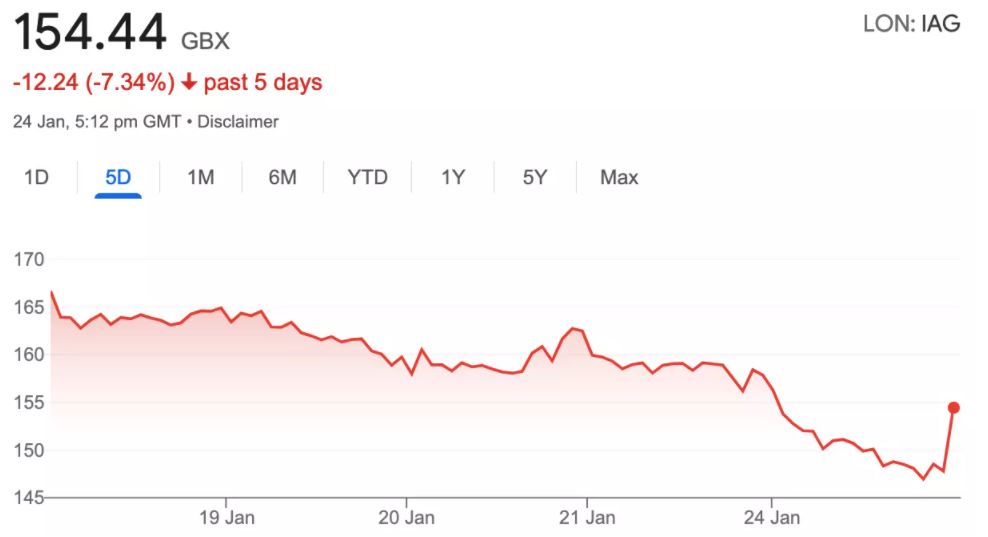 The US market sentiment is much the same. 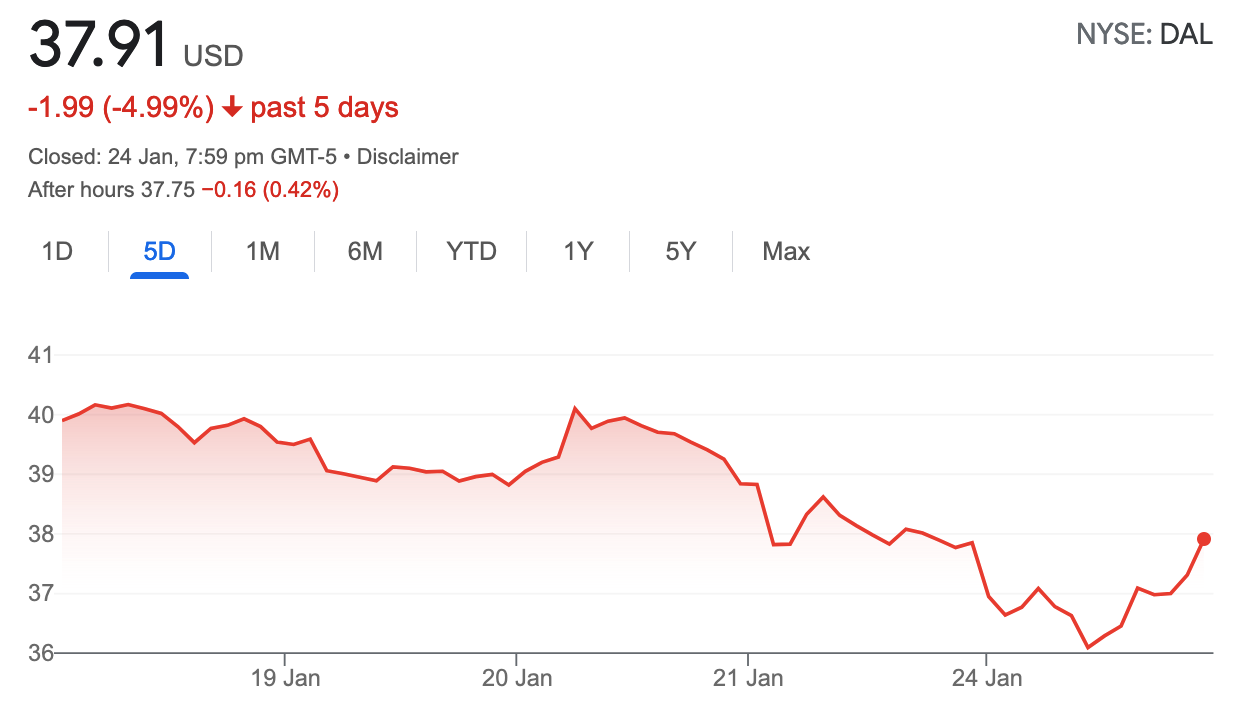 And Qantas is suffering too, for various reasons, including domestic border uncertainty. 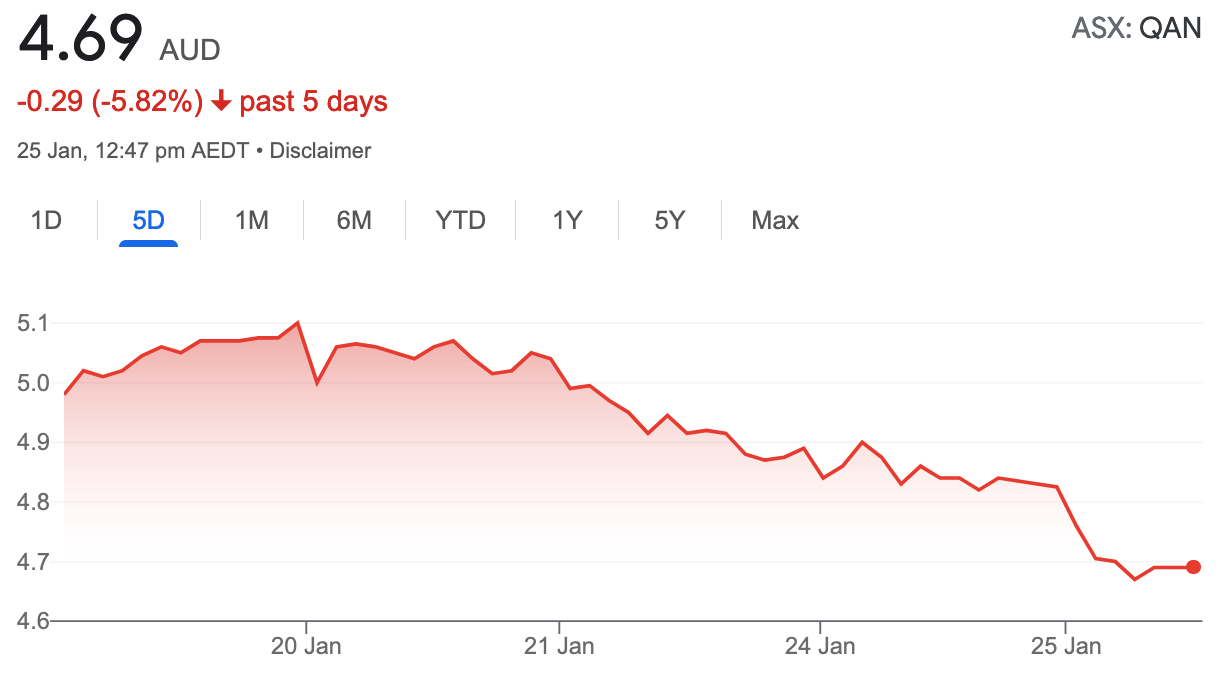