Another order waiting in the wings for Airbus – Suppliers Share Wrap

Having secured 133 orders at Farnborough, Airbus CEO, Tom Enders, has revealed that the manufacturer may soon announce another large order. According to Mr Enders, the customer is based in the US and the order will be for between 20 and 30 aircraft. Whether the order will be for narrowbodies or widebodies has not been disclosed.

In the space of a week at Farnborough, Airbus more than doubled the number of aircraft it has on order this year. The manufacturer now has 261 orders for the year to date, just ten short of its total for 2009. Airbus is also confident that it will hit its newly revised target of 400 orders. Previously, Airbus had expected to receive 250-300 orders for the year, roughly in line with the result in 2009. John Leahy, Airbus Chief Commercial officer, declared at Farnborough: “the recession is over, traffic is back, liquidity is back and the world economy is growing again."

Airbus now plans to up production again, to meet an order backlog that has started to swell after shrinking in 2009. The European manufacturer is studying opportunities to raise A320 family production to 38 aircraft per month, having already announced its intention to increase output from 34 to 36 per month from 2011. 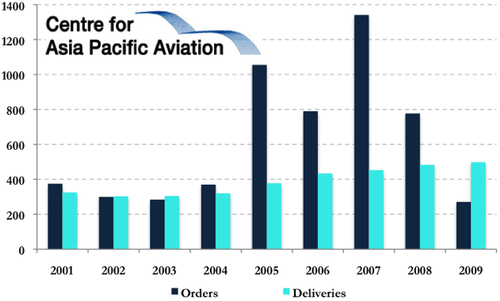 The key to these increases is not only customer demand, but supplier capability. Airbus and Boeing need to be certain that their suppliers can handle the increased aircraft output, even on such well-known ground and the B737/A320. Suppliers are being pulled in multiple directions at the moment, with COMAC and Irkut contracting multiple Western partners for their new narrowbodies, and several other new programmes either entering testing or initial production.

2010 deliveries from Airbus and Boeing will be slightly lower than 2009, but will pick up again from 2011. Boeing will start pushing B787s out of its factories at a planned rate of 2.5 aircraft per month from Aug-2010. Airbus is finally getting its A380 production problems behind it and is confident of delivering 20 this year.

In trading yesterday, Airbus' parent EADS dropped 0.4% as more concerns emerge about cuts in global military budgets. Boeing gained 1.4%. A survey of aerospace and defence analysts by Bloomberg indicated that stronger quarterly results are expected for leading companies in the sector when they report. Quarterly financial results from EADS and Boeing are due out next week. 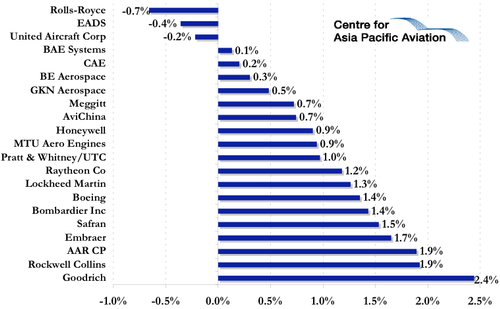 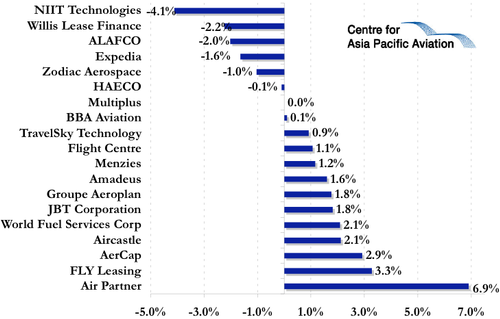