Another new Boeing takes off. B747-8F takes to the skies – Suppliers Share Wrap

Boeing’s new B747-8F took flight for the first time yesterday (08-Feb-2010), another milestone for the US manufacturer. Boeing’s other new aircraft, the B787, took to the skies in Dec-2009, and has so far completed more than 30 flights between two B787 test aircraft.

The B747-8 is a reaction by Boeing to Airbus’ A380 and stretches the venerable B747-400 by approximately 6 metres, adding a new wing and engines.

But Boeing will be hard pressed to make the B747-8 profitable. Speaking the The Wall Street Journal last week, Boeing Commercial Airplanes VP Marketing, Randy Tinseth, admitted that the aircraft was in a forward loss position, and it would be a major challenge for the company to make a profit from the aircraft.

Boeing has already booked more than USD2 billion in charges related to the aircraft, excluding any penalties for the delays of more than 12 months to initial customer, CargoLux.

With just 108 orders, most for the initial freighter version, and 46 options, ordering for the B747-8 aircraft has been slow. While there has been plenty of interest, both the B747-8 and the A380 will have trouble securing new orders while the economic recovery is still gathering speed and airlines take a prudent approach to their balance sheets and cash reserves.

In trading yesterday, Boeing shares lost 0.9%, in line with a general market fall. EADS, parent of Airbus, was down 0.6%. 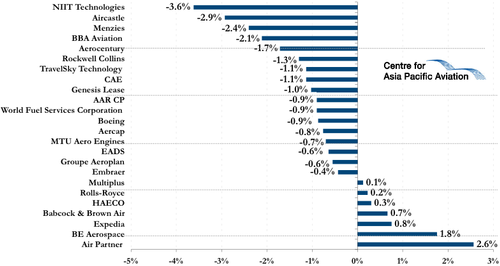