In the mid-1800s, the location of Amsterdam’s airport was underwater, covered by a lake famous for swallowing ships in violent storms. The airport’s name Schiphol means “ship grave” in Dutch.

But from these humble beginnings has risen Europe’s fifth largest airport, 15th worldwide and a fitting position for this nation with a long and noble heritage of trade and exploration. As we continue our examination of the world’s 30 busiest airports in 2010, Amsterdam has some surprises.

The national carrier, KLM, has been synonymous with the airport and the two have operated in partnership to boost Amsterdam’s desirability as a connecting point. Some decades ago, they created a duty free nirvana that sold virtually everything and put the airport on the world map as a shopper’s paradise.

The Netherlands was the first European nation to adopt an open-skies agreement with the US, pioneering KLM’s expansion and cooperation with Northwest that focussed on AMS as its European hub.

Over time, the airport has consistently expanded and now boasts six runways, making it one of Europe’s most runway-rich gateways. Since 2004 when KLM and Air France joined forces, AMS has been the co-anchor hub, along with Paris Charles de Gaulle, of the SkyTeam Alliance in Europe. 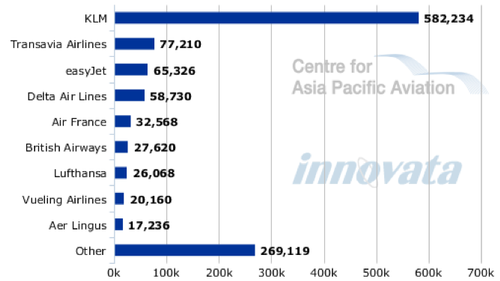 Consistent with other European hubs, KLM offers just about half (49.4%) of the weekly capacity, again undermining the idea that European flag carriers operate fortress hubs. Nonetheless, adding its SkyTeam partners, Air France and Delta, both of which have a notable presence, the alliance has a significant share. However, due to the presence of easyjet and Transavia, the next largest group is the unaligned carriers.

And, as is the case in many non-hub airports in Europe, oneworld’s smaller size gives it the slimmest share. Nor does American serve the airport from any of its US hub cities, unlike Star carriers United (new) and US Airways which have service from New York, Philadelphia, Chicago and Washington. 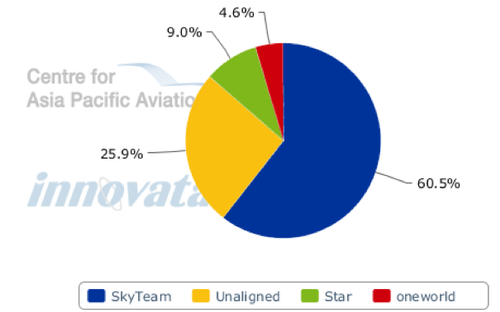 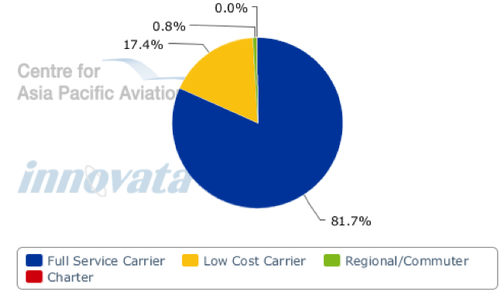 The airport also has a relatively large number of LCC carrier seats available – fewer than Madrid but far ahead of Heathrow, Frankfurt and Charles de Gaulle.

Given the country’s size, there is also no domestic traffic, making it, along with nearby Brussels, the only two major European hubs with no domestic network. 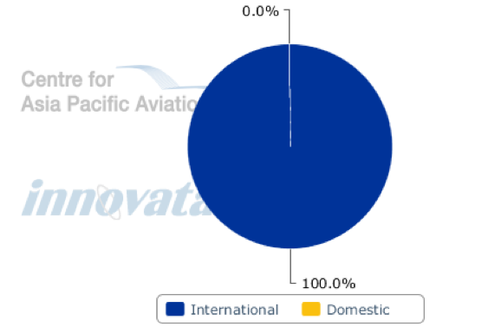 The international network is a bit more focussed than we have seen at LHR, FRA and CDG, with a similar high percentage of seats in Europe but fewer to intercontinental destinations. 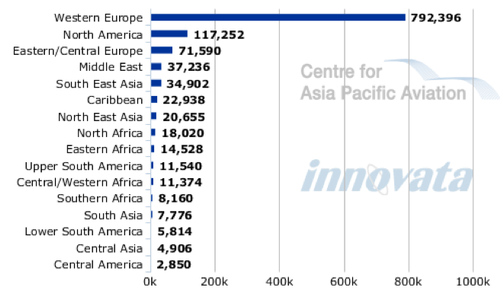 This is perhaps attributable to the presence of LCCs and the absence of many foreign carriers. Already noted is the lack of service by American Airlines. But to Tokyo, for example, neither JAL nor ANA serves the airport with all service being provided by KLM.

The same is true for almost all of Africa (excepting Nairobi, served by SkyTeam partner Kenya Airways) and all of South America, connected only by KLM. And even the infamous Gulf carriers are absent, save one daily flight by Emirates to Dubai.

Quite unusually, while KLM does not dominate the airport seat-wise, it does have far more exclusivity on intercontinental routes than is seen at the other European hubs. Therefore, while the SkyTeam presence is only 60%, the reality is that probably a majority of connections will involve KLM.

Again, in a slightly unusual pattern, fares to New York’s JFK show a moving average that is consistently between USD1000 and USD2000 with a tendency towards the higher number. However, to Newark, ticket prices are nearer to USD1250 on an average with some dates priced well below USD1000.

As has been true for all the European hubs, a careful and flexible shopper should be able to find quite reasonable ticket prices.

Like its near neighbour and partner, Charles de Gaulle, Amsterdam has runway capacity and an infrastructure that will allow the airport to grow. However, unlike London, Paris and Frankfurt, the airport has not attracted as much foreign competition as might be expected for a facility of its size. Unless airlines such as TAM, LAN, Thai or JAL begin service, the growth will fall primarily to KLM and its plans for the future.