American Airlines not planning to raise value of labour deal; United and Continental down

North and South American airline stocks were mixed on Thursday (09-Sep-2010) as the Dow ended the day flat. The market gained for most of the day on news initial claims for jobless benefits were down for Aug-2010 and US exports have improved.

American Airlines not planning to raise value of labour deal

American Airlines (-0.7%) slipped despite Senior VP Human Resources, Jeff Brundage, stating the carrier will not raise the overall value of a tentative contract rejected by its mechanics and stock clerks when talks with the labour group resume. The majority of the airline’s 11,500 mechanics and 1,200 stock clerks last month voted against the pending agreement. Mr Brundage said: “The company can’t afford to sweeten the deal because it was rejected. That’s not going to happen. At the end of the day, our cost structure is going to have to be competitive.” He however stated that the carrier is willing to change elements of the contract while maintaining the same total cost.

United and Continental down

United Airlines (-5.1%) slumped. SmarTrend stating during trading the carrier has the lowest relative performance among the services sector. Continental Airlines (-4.7%) has the second lowest performance.

Updating a story published earlier this week, Kevin Mitchell of the Business Travel Coalition, on 09-Sep-2010, sent a message urging recipients to sign the "Mad As Hell About Fees" petition jointly sponsored by BTC, the American Society of Travel Agents and the Consumer Travel Alliance. It will be presented to the US DoT on 23-Sep-2010.

In addition, he has asked all corporate travel managers to solicit tales of woe and complaints from their corporate travellers, as well as exhorting travel agents to inform their clients of this opportunity to register an opinion on fees.

Finally, he is offering banner ads for personal social media sites to spread the word and has reissued the call to submit YouTube videos to the madashellabouthiddenfees site in support of the effort.

What is becoming clear is that this is a concerted campaign, being carefully and visibly promoted by prominent industry stakeholders. Whether or not it succeeds in changing policy is yet to be determined. But the very public and persistent nature of the effort will eventually require some response by the airlines, and when it occurs, it will hardly be from a position of strength.

A check on the website of the Air Transport Association, the trade association representing US carriers, did not reveal any response to this current industry attack. There was, however, a response to an article run last week by USA Today, in which ATA took issue with the paper’s charge that fees are currently insufficiently transparent.

Pretty soon, the industry needs to orchestrate a communal response or face the possibility of a full-blown revolt against these practices. 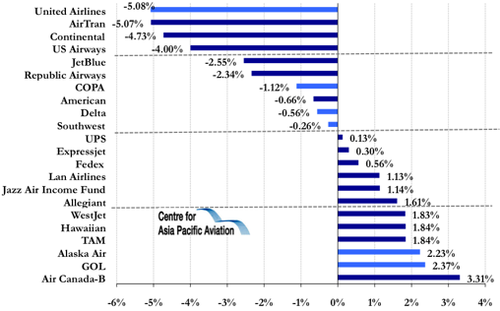