American Airlines and JetBlue are reportedly in talks to add more cities outside the US to their joint booking and frequent flyer agreement. Expanding their relationship would feed traffic to American Airlines' international hubs in New York and Boston. JetBlue would gain access to markets its domestic network does not serve.

Shares in American Airlines were down 1.8% yesterday. JetBlue shares were flat. Moody's upgraded the carrier's corporate and default-probability ratings one notch, from Caa1 to B3, six levels below investment grade, and the senior unsecured rating from Caa3 to Caa2. The upgrade was prompted by better traffic figures from the airline.

US airline shares were generally lower, as oil prices rose again on Thursday. 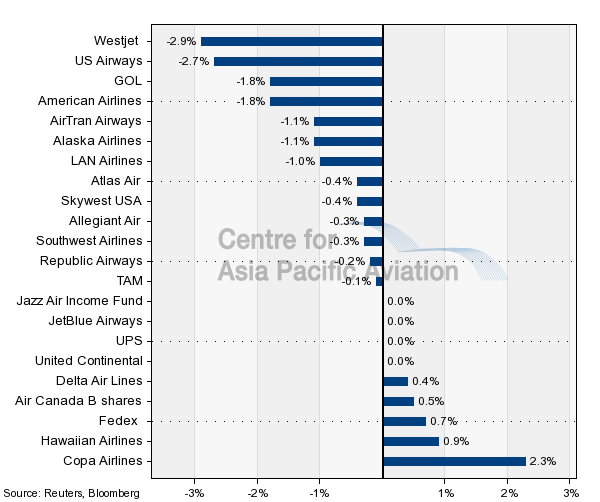