American Airlines disagreement with GDSs continues, with Amadeus IT Holding announcing that it is "actively reviewing" content agreements with US carriers, according to a report in Dow Jones Newswires.

American Airlines has seen its content dropped from Sabre and Expedia Inc, following its decision to pull its fares and schedules from online travel agency Orbitz. American Airlines is pressing for a model that requires online sellers to have direct contact with the carrier, rather than distribution through third parties such as GDS operators. See related report: Debate over impact of American’s moves on distribution channels

Alaska Airlines' shares surged 4.0% on Friday. The carrier reported Dec-2010 traffic rose 12.5% year-on-year. The USD62.72 per share closing price on Friday is the first time the airline's shares have closed above USD60.

Elsewhere, shares in American Airlines gained 4.9% on Friday. US Airways was up 1.2%, while Delta and Continental rose 0.8% each. 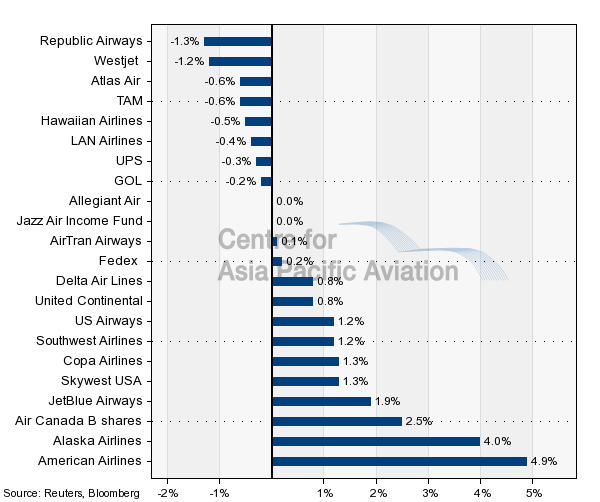