Tourism and leisure stocks fell heavily in Thailand yesterday as the benchmark SET slumped 4.3% - its biggest single-day fall in 15 months - on concerns that an anti-government protest on Sunday could trigger fresh political instability.

Airports of Thailand shares fell 3.4%. The airport operator this week approved a THB4 billion (USD139 million) budget to compensate residents living near Suvarnabhumi Airport affected by aircraft noise. According to a report in The Nation newspaper, the approval was reportedly influenced by a sit-in protest by around 200 residents at a gate to the departure terminal of the airport since last Thursday night. 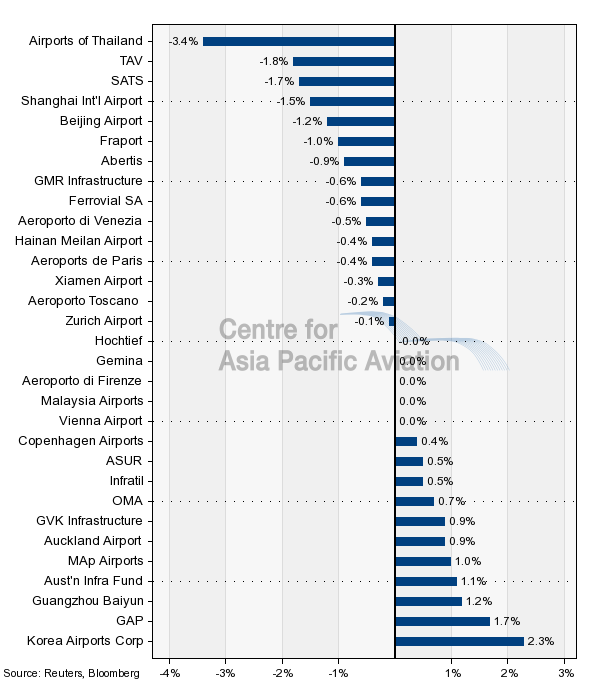