Airports of Thailand (AoT) reported a full year net profit of THB717.3 million, a 90% year-on-year decline, on the back of a 19.6% decline in revenue. The airports operator controls both of Bangkok’s airports, as well as Chiang Mai, Hat Yai, Phuket and Chiang Rai, which combined account for approximately 90% of traffic in Thailand. AoT’s shares gained 1.4% yesterday.

With the collapse of the Thai tourist market due to political uncertainty and civil unrest in late 2008 and the double shocks of the global financial crisis and the H1N1 outbreak, revenue in FY2009 was cut deeply. At the peak of the crisis, both domestic and international traffic was down nearly 40% year-on-year, while Bangkok airports were blockaded. The relatively strong growth in Sep-2009 should be viewed against the previous year's steep falls. 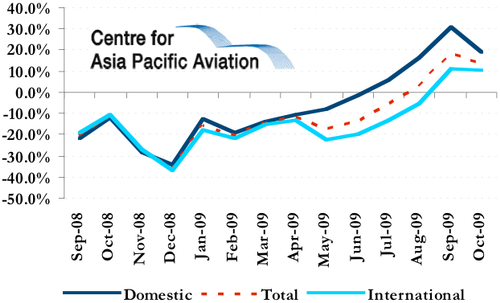 International passenger traffic in FY2009 was down by better than six million, while domestic passenger numbers fell by just under two million in the year to 30-Sep-2009 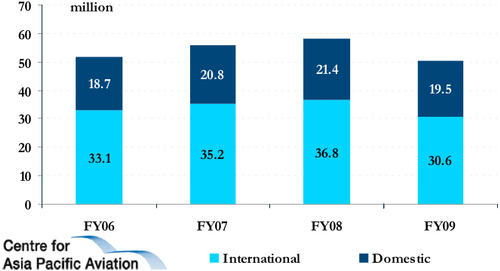 While AoT saw a strong recovery in the middle of the financial year, reporting profitable second and third quarters, overall revenue was down 19.6% from the THB26.7 billion in the previous year. Most heavily affected was non-aeronautical revenue, which dropped 20.3%. 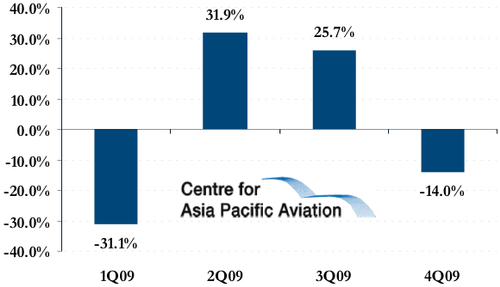 The airport operator reported a THB750 million net loss in 4QFY2009, affected by a combination of significant foreign exchange losses and higher operating costs. Over the full year, the airports company had managed to shave its operating costs by 1.1%.

While FY2009 was an admittedly difficult year for the company, it is confident that tourism numbers will continue to swell in 2010, and it is moving to encourage more traffic by waiving landing and parking fees. Traffic for major carriers in the country is showing some improvement, although this is only in comparison to the depressed figures from 2008. 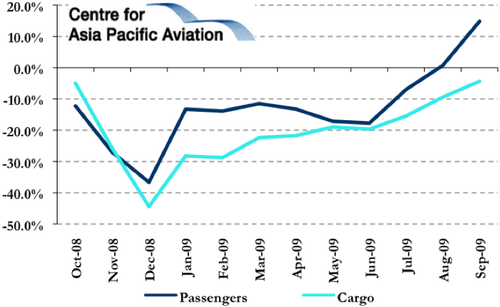 Elsewhere in Asia, Chinese airport shares regained much of their lost ground as Asian markets stabilised. Beijing was up 7.2%, while Shenzhen Airport rose 4.2%, followed by Xiamen (+3.7%), Guangzhou Baiyun (+3.5%) and Shanghai (+2.7%). Hainan Meilan (-5.8%) was the exception, with share value dropping from its peak. 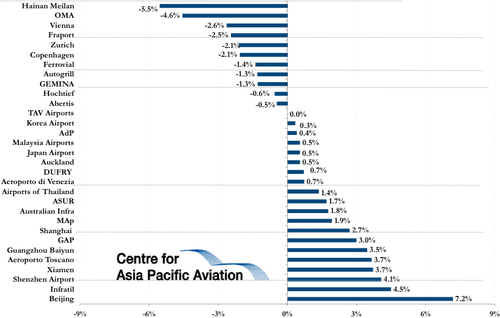