This short review looks at who those really big investors and operators are, as measured by the number of their foreign investments. It details a little of their history, and examines what the future might hold for them.

53 profile entries in the GAID are of ‘Major Global Investors’ - investors in at least five airports. Equal #1 are Utilico Emerging Markets and Children’s Investment Fund.

When first produced in 2011, the CAPA database listed fewer than 250 investors listed; it has now passed beyond 800 entries. It differs from the very few other such databases in that once a profile entry is made it remains there in perpetuity.

Some of the biggest investors have a history in the business

History has shown that investors in airports can vanish for years on end, only suddenly – and occasionally unexpectedly – to return to the sector. The most notable example is Vinci Concessions, now one of the largest investors of all.

53 profile entries in the GAID are of ‘Major Global Investors’ (MGIs).  The criterion for an MGI is that it is an investor in a minimum of five airports, of which at least one is foreign (i.e. outside the boundaries of the country in which it is headquartered and outside any associated territories).

Some are historical investors, traceable back to the explosion in airport privatisation from the late 1990s onwards. Others, like HNA (China) for example, are relatively new to airport investment (certainly of the foreign variety), but are extremely ambitious and have the intention to build up a large and wide-ranging portfolio. A small number are only MGIs because they are relatively small investors into a larger holding company that is itself an MGI.

There is a distinct difference between financial investors such as Utilico and the Children’s Investment Fund (#1 and #2), which typically do not contribute to the day-to-day management of the airports, and the investor/operators such as Groupe ADP, Fraport and Vinci.

For the purpose of this report the most prolific airport investors are judged by their propensity to invest in foreign airports – i.e. the total number invested in, even if all their investments are into a single operator that has multiple airports.

The 10 most prolific airport investors, by the number of foreign airports where they are invested:

The top two investors are not operators

It is perhaps a little surprising that the two top investors are not operators, but airports have always held an interest for institutional investors such as pension funds, because of the longevity of their infrastructure.

The investment manager Utilico has been involved in the airport sector for over a decade, initially investing in Infratil (New Zealand) – which operated several airports in Europe but now has only Wellington Airport in its portfolio. Current investments are more wide-ranging, taking in China, one of the Mexican group airport operators, and the major airport operator in Malaysia.

Conversely, the Children’s Investment Fund (TCI) is a UK-based hedge fund which requires investors to commit their capital for multi-year periods, which is ideal for airport investment. It entered the sector only in Feb-2015 as one of three cornerstone investors in AENA’s partial privatisation, acquiring interest in AENA’s domestic airports, as well as, indirectly, those invested in by the subsidiary AENA Internacional – 59 in total, and all but one of them not in the UK.

Its investment amounted to only 6.5% of the total equity, although it bought more shares on the open market later. AENA’s financial performance since its float – it is currently capitalised at over EUR25 billion – labels this investment as an inspired one.

As it also did for Grupo Ferrovial (#5) and Corporación Financiera Alba (#6 =), which were also initial investors, although Ferrovial backed away from cornerstone status as the share price shot up in response to very positive part-year financials close to the flotation date. 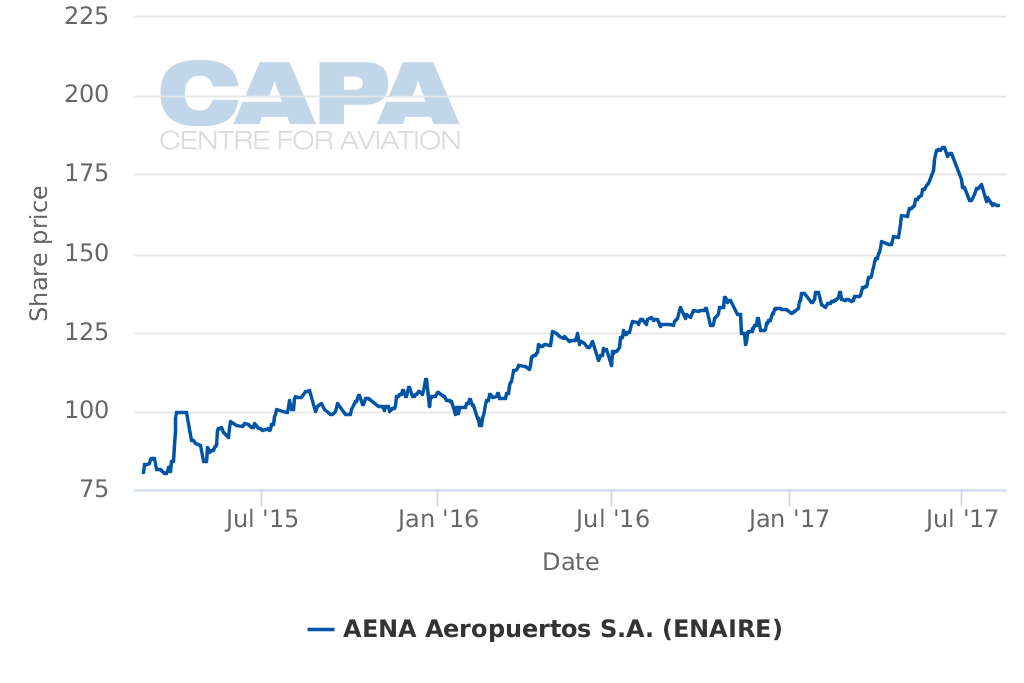 The equity sale and float took place in Feb-2015. The sharp rise in 1H2017 reflects very strong traffic growth; the recent kink may be related to political uncertainty related to a forthcoming independence referendum.

Second placed Groupe ADP (previously Aéroports de Paris) and third placed Fraport both inhabit the space of ‘historical’ investors, having made investments and taken on management contracts around the world over the course of two decades.

Groupe ADP has a cross-shareholding with the Royal Schiphol Group (which is also an MGI), and has recently increased its shareholding in TAV Airports (#7 =). 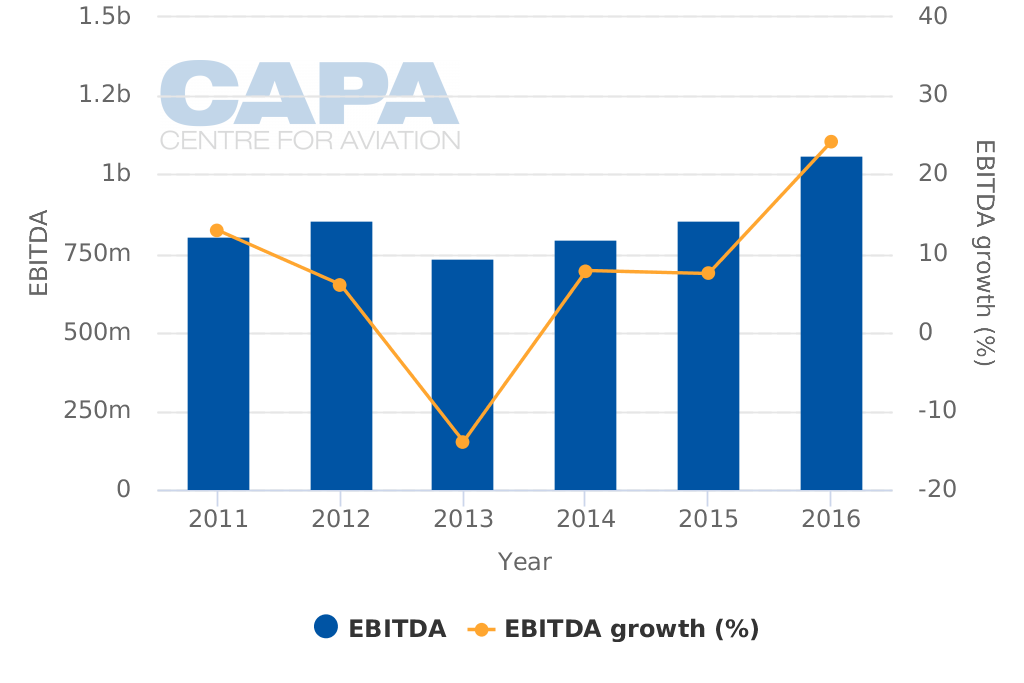 Values shown are in EUR.

The second biggest operator/investor is attracting interest; full privatisation is being considered

At the same time, Groupe ADP may be fully privatised itself shortly, which has attracted the interest of the investor/operator Vinci Concessions (#4), another historical player which exited the sector for several years before reappearing in 2012 to take over ANA – Airports of Portugal’s 10 airports on a 50-year concession.

Since then it has turned a moribund Lisbon Humberto Delgado Airport into one of the fastest growing in Europe, while casting its net worldwide in search of further acquisitions.

Spain’s investor/operator Grupo Ferrovial (#5) is notable for its retrenchment from London Heathrow Airport, where it was once by far the majority shareholder (it still is, but only just).

That said, it went on to invest jointly in three other UK airports – Southampton, Glasgow and Aberdeen – with Macquarie, another MGI, but one that has somewhat shrunk in recent years, and doesn’t quite make the top 10 table now. Otherwise, Grupo Ferrovial's investments are mainly in AENA-related airports, but it continues to show interest in projects in Europe and North America.

In joint sixth position are two investors and one investor/operator, each with 14 foreign airports in the portfolio.

In the first category, apart from the aforementioned Corporación Financiera Alba, is Morgan Stanley Infrastructure Partners, whose assets are determined by its relatively small investment in Fraport (inter alia).

AENA Internacional takes a far more proactive role. This division of AENA has been reinvigorated since the AENA privatisation in 2015. AENA considers international expansion as one of the priorities of the company. It is still mainly active in Latin America, but also has a 51% share in the concession to operate London Luton Airport – one of the fastest growing in the UK. 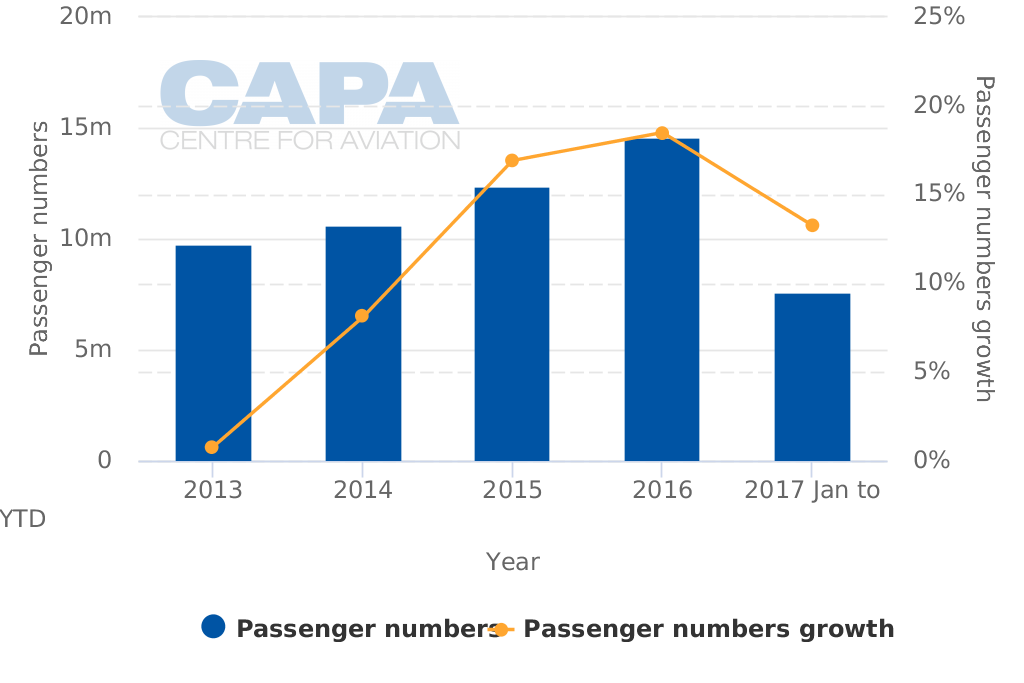 Corporación América has expanded beyond its Latin America base

Three organisations also tie for seventh place. Two of them are investor/operators.

Corporación América, Latin America’s largest participant in the sector, is still focused there but 10 of its 32 airports are located outside Argentina, in countries such as Peru, Italy and Armenia. A major investor in Corporación América, Cedicor, is also to be found in the table, while the other group is TAV Airports, which is searching worldwide for investment opportunities following the decision to build a new Istanbul Airport, which means that its flagship Atatürk Airport there will eventually close to commercial aviation.

Citicorp’s activities hinge on its joint investments in Vantage Group of Canada with Vancouver Airport Authority; Vantage is the actual operator of nine airports, eight of them foreign to Citicorp, while only four are to Vantage. Citicorp has a history beyond this deal, having bid for airports as diverse geographically as London Stansted and Chicago O’Hare, and in the PPP procedure to build a new terminal at New York’s La Guardia airport. (See the related report https://centreforaviation.com/analysis/reports/private-investment-in-airport-infrastructure-is-popular-again-the-growing-importance-of-the-ppp-282482).

PSP Investments, surprisingly the only pension fund to appear in this table (they are usually quite selective about their investments and attracted by volume in one location, rather than spread across large numbers of locations), is represented mainly by its investment into Hochtief Airport GmbH in 2013.

At the same time, Changi Airport Group is one organisation that has often threatened to become a very big player internationally without quite making it, and it currently has six invested airports.

Surprisingly, no sovereign wealth fund is represented in the table. Singapore’s GIC Special Investments is missing, for example, while Changi Airport Group, an operator/investor in the same country, does just scrape in. As with pension funds though, these state entities do tend to restrict themselves to very large individual hub airport investments, rather than into groups of smaller airports.

Geographically, the spread is oriented very much in favour of Europe, which is represented in over half the table entries (Turkey being counted as Europe here), followed by North America (Bermuda, while it is a British Overseas Territory, is counted as North America). 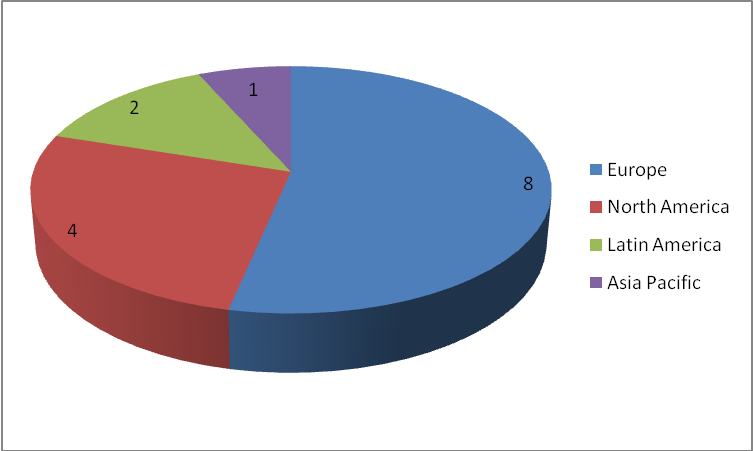 Despite this, three countries are notable by their absence. Ironically they are among the world's major airport operators

The first is China, whose representatives (there are no less than 14 GAID profiles that begin with the word ‘China’) frequently dabble in fairly small scale investments – in Africa, in Latin America, and into freight airports across Europe, but still not in significant bulk. One of the few exceptions is Heathrow Airport Holdings, where China Investment Corporation, the country’s primary sovereign wealth fund, holds 10% of the equity. Investor/operators are in short supply, although it is almost inevitable that HNA Group will move to fill that void before long.

The second is the US, and again it is investor/operators that are in short supply. The best known and most proactive is Airports Worldwide, though even that organisation has only four invested airports in its portfolio outside the US and its Commonwealth.

That has not always been the case. In the 1990s, San Francisco Airport and Bechtel Corporation, which is headquartered in the city, in particular were very active with airports in Latin America, for example, but caution and discretion seem now to be the watchwords where this sector is concerned.

The strangest example of all is the UK, which harbours some of the most proactive airports anywhere in the realms of airport technology and non-aeronautical revenue generation, for example.

The UK might be the HQ of the Children’s Fund, the joint biggest investor by number of foreign airports, but it lacks operator/investors willing to commit to foreign airports, despite the continuing encouragement of the Department for International Trade and the fact that collectively its airports did once play a major role on the world stage.

BAA (now Heathrow Airport Holdings), Manchester Airports Group, TBI (which became part of Spain’s Abertis), the bus and rail company National Express, and many others were heavily involved in the management of foreign airports in the late 1990s through to the mid-late 2000s, but one by one they have withdrawn until none remain.

Today, the UK’s airports are well invested into, from abroad, but there is no reciprocation.

This situation is sufficiently odd to suggest that the future may change this state of affairs. If and when it does, the CAPA Global Airport Investors Database will be the reliable source to provide the details.