Airlines in Transition part 7: What keeps CEOs awake at night?

Have you ever wondered what it is like to run an airline? In the closing session of CAPA’s Airlines in Transition conference in Dublin, CNN’s Richard Quest grilled a panel of CEOs on their chief concerns. Conference delegates were treated to a thought-provoking, revealing and sometimes surprising discussion that provided a rare insight into the airline CEO’s brain.

Airline CEOs Christoph Mueller of Aer Lingus, Willie Walsh of IAG, Dave Barger of JetBlue and Montie Brewer (formerly) of Air Canada were joined by James Davidson of technology company Farelogix. Topics discussed included how to balance a wide range of issues, the impact of industry consolidation, the acceptance of return on capital as a key measure and why restructuring is enjoyable.

So what does keep you awake at night?

JetBlue's Mr Barger has been observing the wave on consolidation in the US airline industry, but admits to a little anxiety as he wants JetBlue to stay independent. This triggers a series of questions in his mind: “What’s the valuation [of the company]? How to put a moat around the company? How do you think about market capitalisation?”

A CEO must ponder these issues and always question his own approach, but JetBlue passengers and shareholders can be comforted that the airline is not in the hands of an exhausted man: “it doesn’t mean I wake in the middle of the night”. 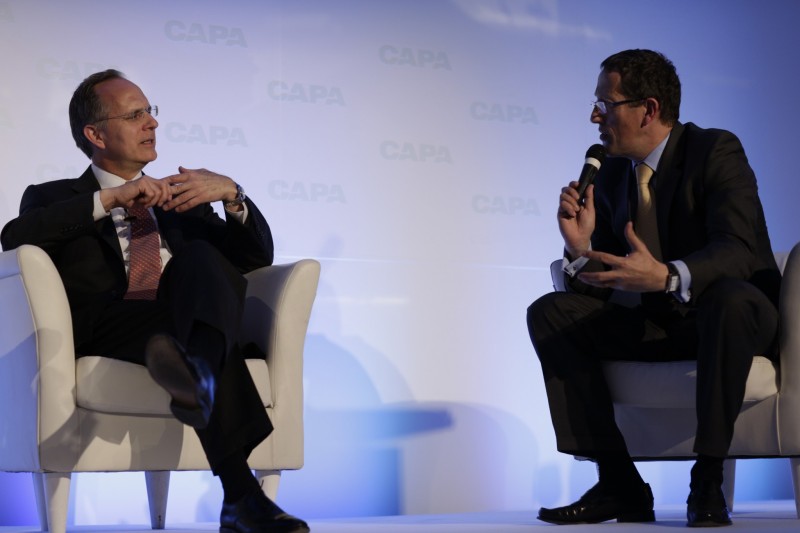 James Davidson is President and CEO of Farelogix and the only non-airline CEO on CAPA’s panel. His company’s technology helps to enable airline distribution and merchandising, a field in which there are some big predators, but Mr Davidson is defiant: “There are three big competitors that have been trying to put us out of business for years, but they won’t beat us on technology.”

An airline veteran with experience at a number of carriers in North America, Montie Brewer was President and CEO of Air Canada from 2004 to 2009. As the panel’s only ex-CEO, he speaks with a relaxed freedom that the others cannot permit themselves. He admits straight away that he did not sleep well when he was a CEO as there were so many issues demanding his attention. “As CEO, you want to make sure you have the mix of attention correct,” he recalls, “There is the long term strategic plan, you want to protect customers and employees from short term volatility and you need to communicate with shareholders.”

IAG’s Mr Walsh laments the decisions of regulators, who can only be influenced to some extent, and what he calls “the bits we can’t control”. For example, fears of an outbreak of bird flu in Apr-2013 caused IAG shares to drop by 8% in a day.

Carrying out restructuring programmes does not trouble Mr Walsh. He sometimes receives phone calls from politicians trying to tell him what they think he should do. While such calls can disrupt his sleep, he does not lie awake worrying about them. “Making change is enjoyable and restructuring is a great challenge. It’s a fantastic feeling, the idea that you can achieve it. You always need change and restructuring happens when you haven’t changed enough.”

Mr Barger characterises his approach at JetBlue as “restructuring on the fly all the time”. This chimes with Aer Lingus' Mr Mueller, for whom the biggest challenge is communicating the need for permanent change in a way everyone can understand. “People ask ‘is it done now?”, says Mr Mueller, “but it never is”.

Ryanair’s repeated attempts to acquire Aer Lingus and whether he should have accepted one of its offers have not kept Mr Mueller awake at night. On the contrary, he insists that “it is the same joke all over again – it puts me to sleep”.

Are macroeconomic issues a concern?

The subject of macroeconomic weakness provokes mixed opinions among the CEOs. Mr Barger does not really worry about this, preferring to focus on what his airline is doing and noting that the unprecedented level of consolidation in the US has helped to protect the industry there from the worst effects of the economic cycle.

Mr Mueller points out that industry profitability is becoming more volatile. Capacity adjustments that began in 2009 were not deep enough, because 2010 saw a strong bounce-back of profits, and this may have contributed to this volatility. Nevertheless, the recession was good for Aer Lingus, which has enjoyed growth in a shrinking market.

As might be expected from a CEO with a significant business in Spain, Mr Walsh worries about the economic situation there, noting that the youth unemployment rate is 50%. He underlines the necessity for restrictive labour laws to change to avoid an even worse situation. He rejects any suggestion that job cuts at Iberia are harmful to Spain’s economy, arguing that, “Spain needs change. IAG is creating jobs in Iberia Express, but Iberia jobs with current terms are not sustainable”.

Should the Irish government be a shareholder in Aer Lingus?

Given the presence on CAPA’s panel of the current CEO of Aer Lingus (Mr Mueller) and its last CEO before its IPO (Mr Walsh), it was perhaps inevitable that the subject of its ownership should arise. After explaining that he was never involved in an attempted MBO of the Irish carrier, but that he did put privatisation on the agenda with the government, Mr Walsh is clear: “the government should have sold all of its stake.” 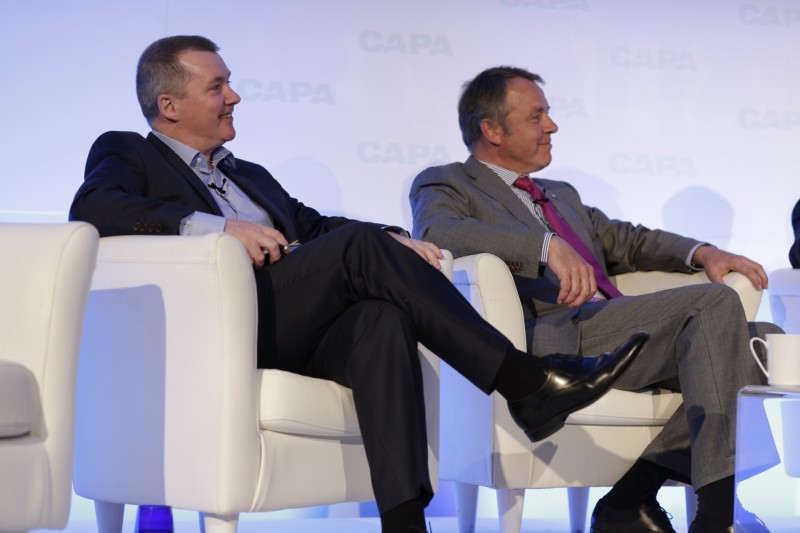 As the incumbent CEO, dealing with the Irish government as a 25% shareholder, Mr Mueller is more diplomatic. “Privatisation should be full, but the market can’t always absorb every share on day one”, he says, noting also that the government does not expect to remain on the share register in the long term, “but it is difficult for it to get out.”

It is not only the headline-grabbing strategic issues such as restructuring, M&A and fleet purchases that occupy CEOs. They also have to deal with less glamorous, tactical issues that can still have a major impact on future success.

For example, Mr Mueller faces a decision on a new PSS (passenger service system) for Aer Lingus, while Mr Davidson must decide whether to follow a particular lawsuit. Mr Barger’s in-tray includes implementing a communication plan on the sharklet programme for JetBlue’s A320 fleet.

A common challenge faced by all CEOs is HR issues, including recruitment. “The biggest decision I face is where to find the right people,” says Mr Davidson. However, it is not just a question of making up the numbers: “keeping our culture and avoiding the retirement mentality” are vital issues for Mr Barger. For Mr Mueller, HR decisions and organisational change go hand-in-hand, but “these are normal decisions”.

For Mr Barger, a crucial change coming to the US airline industry is NextGen, the US initiative to upgrade air traffic control technology, allowing more efficient aircraft routeing. He also calls for greater investment in ground-based infrastructure to facilitate airline fleets. This will further improve the financial performance of the US airline sector, building on the restructuring and consolidation that has led to fewer aircraft.

Are airlines buying too many planes?

The future development of the global fleet is a subject that also divides CAPA’s panel of airline CEOs. On a company-specific level, fleet investment is the biggest decision faced by Mr Walsh of IAG, whose British Airways subsidiary has 37 Boeing 747-400s that need to be replaced over the next 10 years.

However, mention of aircraft orders prompts Mr Brewer to pose the broader question of whether airlines are buying too many planes. He provides his own answer: “Yes, or, rather, manufacturers are making too many”. As an example, Mr Brewer questions whether Emirates may have ordered too many Airbus A380s.

Picking up this theme, Mr Mueller believes that more aircraft retirements will be needed to restore the balance. “The number of aircraft produced over the next fifteen years will be more than demand if you assume a normal lifespan,” he cautions. Mr Mueller also has concerns about the financing of aircraft: “The industry is chronically short of equity.”

Mr Walsh tempts fate by calmly deploying that well-used phrase about it being “different this time”, adding that “fuel prices are high and this means more of the cost base is variable. Capacity comes out faster than it used to. I am very optimistic about the outlook for the industry.” He is relaxed about the number of aircraft on order, since many are going to Asia in under-served markets. Europe and North America, in the past the big regions for aircraft orders, are showing greater restraint.

Indeed, in Mr Barger’s view, “the US industry has self-policed itself to being close to the right size”. In this context, the specific example of Emirates growing its A380 service into New York JFK is good news for JetBlue as it increases the potential feed into its domestic US network.

What about barriers to entry and exit? 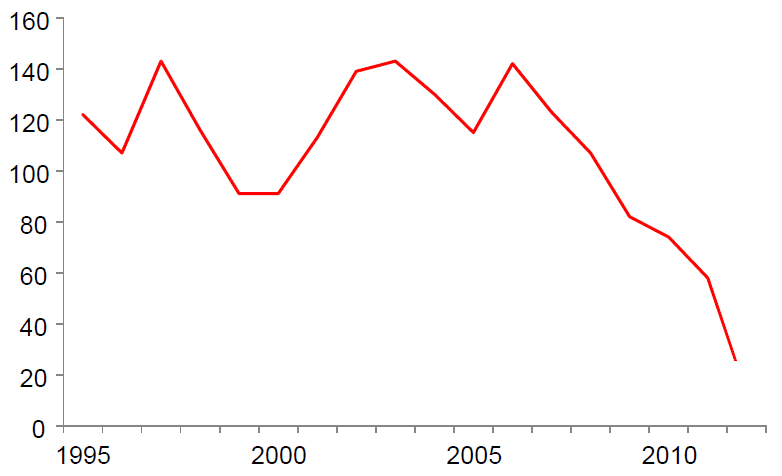 Mr Walsh cites the falling number of new start airlines since the global financial crisis as evidence of higher barriers to entry, resulting from the scarcity of capital. In a question from the audience, this is challenged by Professor Rigas Doganis (a CAPA thought leader from day one of the conference), who believes that barriers to entry are still too low, that aircraft are still too easily available and barriers to exit are too high. He concedes that the situation may be better than it was 10 years ago, but points to the proliferation of new low-cost carriers in southeast Asia as evidence that barriers to entry remain low.

Moreover, barriers to exit, such as Chapter 11 bankruptcy protection in the US and government support in other parts of the world, help to protect airlines that otherwise would have disappeared. For example, JAL received a total of around USD10 billion in government funds, more than the forecast annual net profits of the entire industry this year.

Mr Barger believes that the consolidation and restructuring of the US industry reflects a widespread understanding that airlines need to generate an economic return, declaring that “everyone now gets the need for return on capital to exceed the cost of capital”. Mr Walsh agrees that the industry is focused on return on capital more than ever before.

A chart in IATA’s most recent financial forecast presentation, in Mar-2013 (re-produced below), suggests that there is still a long way to go before this apparent focus on return on capital leads to a closing of the gap between the return achieved by the airline industry and its cost of capital. The pace at which that gap is closed will be determined by whether or not it really is different this time. 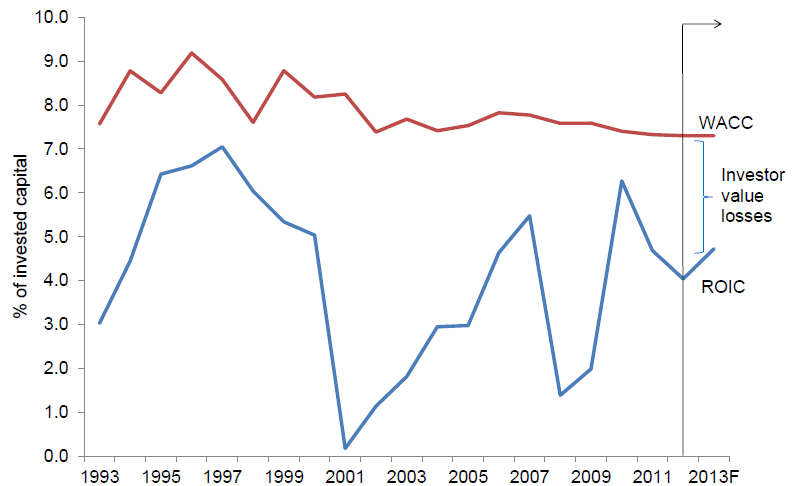