Airline stocks in North and South America fell heavily yesterday, as US markets dropped on poor economic data. Oil prices fell sharply with WTI crude on the NYMEX for delivery in July, down USD2.41 to close at USD100.29 per barrel.

American Airlines added Sabre to its antitrust suit that was filed in Apr-2011 against Travelport. American amended the lawsuit it filed in Apr-2011 against Travelport and Orbitz, which it has just lost, to also seek damages and a permanent injunction against Sabre's alleged anti-competitive behaviour. Sabre has also been the target of a similar lawsuit against US Airways. American decided to include Sabre after several months of trying to resolve the dispute, to which Sabre was "unresponsive".

Sabre has retaliated by filing an antitrust claim against American Airlines, claiming the carrier is “engaging in anti-competitive conduct to maintain its monopoly position over air transportation out of its hubs and between many US and Caribbean cities, and to gain a monopoly position in air booking service for travel between those cities.” Sabre’s claim seeks damages and an injunction preventing American from continuing to force travel agents and other customers to take the carrier’s Direct Connect product. American, which used to own Sabre, agreed in Jan-2011 to put the litigation on hold until 01-Jun-2011, as the carrier and fare distributor debated how tickets were distributed and sold to customers.

Meanwhile, American Airlines has been ordered by a court in Illinois to publish its fares and flight schedules on Orbitz Worldwide’s travel site. American filed a lawsuit accusing Orbitz and airfare data provider Travelport of making American’s fares look higher to customers than they were. In Dec-2010, American stopped listing its fares on Orbitz after the travel agency refused to adopt American’s new technology that would let customers price their trips based on other factors besides just fares. Travelport owns nearly half of Orbitz. 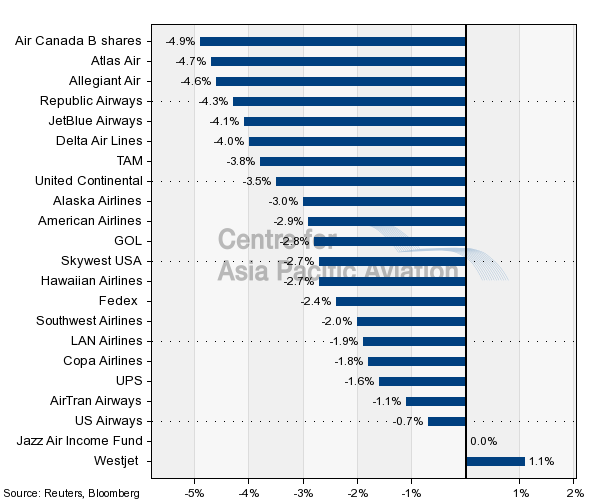