Trading on Friday saw most aerospace stocks close lower, with Bombardier down 2.4%, EADS down 2% and Embraer giving up 1.9%. Russia’s United Aircraft Corporation was flat, while Boeing shares continued the positive signs seen since the end of Jan-2011, with the stock finishing the week up 0.6%.

Elsewhere, aerospace and defence company, BAE Systems, shares went up 2.2% on Friday. The company announced last week that it place 52 aircraft in 2010, compared to 44 in 2009, and has won an number of remarking mandates for aircraft. BAE has won a number of commercial and military contracts recently, although its military business is threatened by defence spending cuts in the UK and US. 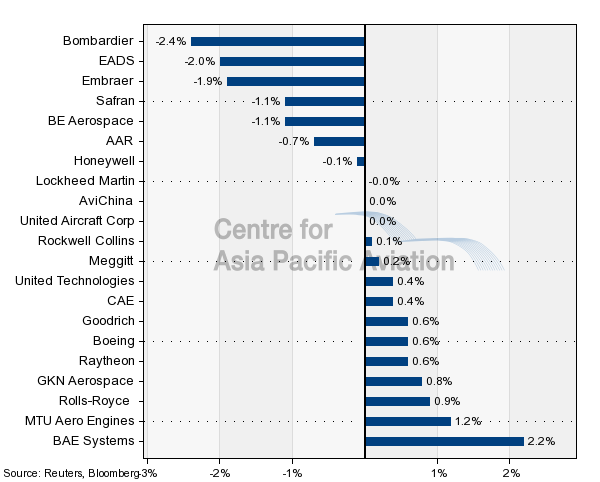