Shares in European carriers traded more positively on Thursday. Both airberlin and Lufthansa reported their 2010 results.

Lufthansa announced it expects a return to normal economic growth in 2011, with a correspondingly positive upturn in demand for passenger traffic. The company's passenger businesses are expected to again increase both revenue and operating results in 2011, with the trend expected to continue in 2012. Earnings will be "particularly" drive by the mainline Lufthansa business.

airberlin reported a 14.8% year-on-year increase in revenue to EUR3720 million in a preliminary results release for the 12 months ended 31-Dec-2010, which was short of its expectations. The carrier also reported an operating loss of EUR9.3 million, compared to a profit of EUR28.5 million in the previous corresponding period, which saw net loss widened from EUR9.5 million to EUR97.2 million. Air Berlin is scheduled to release its full financial report for 2010 on 24-Mar-2011. 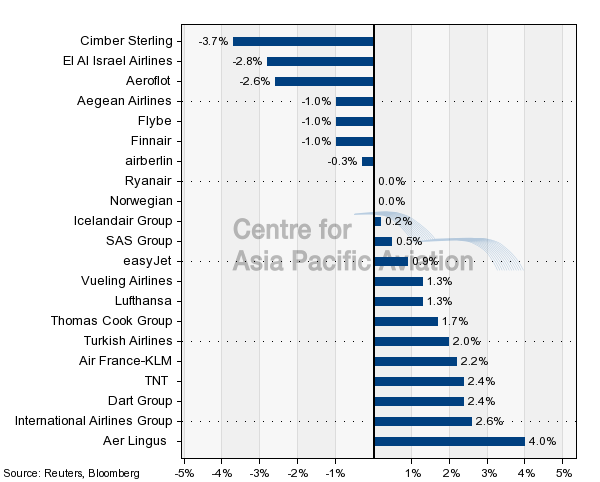