Competition in Asia Pacific long-haul low cost markets continues to intensify, with AirAsia X confirming it is considering a public listing in the second half of 2011, subject to market conditions, while at the same time releasing return fares from Australia to London for less than AUD250 inclusive. Jetstar has responded with plans to launch A330-200 services from Singapore to Melbourne and Auckland, with one-way special Melbourne-Singapore fares from AUD99 one way, which it claims are the lowest ever offered in the market.

CEO, Bruce Buchanan added, “connecting our three largest operations in Australia, New Zealand and Singapore strengthens each of these businesses and builds a solid foundation for future growth beyond Singapore to North Asia and Europe”.

Following this announcement Jetstar will serve 12 long haul destinations and almost 60 destinations in total across its expanding pan-Asian network. Jetstar’s new Melbourne-Singapore A330 daily service will "offer attractive fares and through connections" from Changi Airport onto other Jetstar markets in Asia including Phuket and Bangkok (Thailand), Denpasar and Jakarta (Indonesia), Kuala Lumpur and Penang (Malaysia), Hong Kong and Macau (China) and Ho Chi Minh City (Vietnam).

The carrier will face considerable competition on the Singapore-Melbourne sector (including from parent Qantas and its partner British Airways), but just Singapore Airlines on the Auckland sector, as Air New Zealand pulled off the route four years ago, citing low yields and better opportunities in North Asia.

Auckland will directly target one of Qantas' main competitors and is a strong market. CAPA expects there will be plenty of traffic feed into Qantas out of Singapore.

Singapore-Auckland services: As at May-2010

Melbourne is also a strong route and avoids going head-to-head with Qantas on Sydney - a key premium market. Many of Qantas' Melbourne travellers currently complain that they have to travel via Sydney quite often in order to get seats to Singapore. So both of these routes work well.

Singapore-Melbourne services: As at May-2010

There is no norm on pricing. But we can expect Jetstar to be very aggressive, on the Auckland route especially. And there will be extremely low priced lead in fares. This will provide some considerable discomfort to SIA.

AirAsia X meanwhile is offering return fares to London for AUD217 from the Gold Coast or AUD240 from Melbourne, airport taxes and charges included. It is part of a massive 48-hour ‘free’ fare sale launched by the AirAsia Group today, for travel between 11-Oct-2010 to 14-Nov-2010.

Group CEO, Tony Fernandes, stated earlier this week that the group is moving towards having separate public-listed entities to enable investors to invest in the countries where AirAsia is based, including Malaysia, Thailand and Indonesia, and in the short-haul or long-haul business model.

Mr Fernandes told India’s Business Standard newspaper, “after more than two years of operation, we have begun to notice some dilution of the AirAsia business model and recognise the need for AirAsia and AirAsia X to remain focused on their respective markets. This arrangement gives AirAsia X financial independence and the latitude to develop its own marketing strategy. While it continues to capitalise the strength of the AirAsia brand, website and culture, this separation gives more focus and discipline to AirAsia X’s model”. 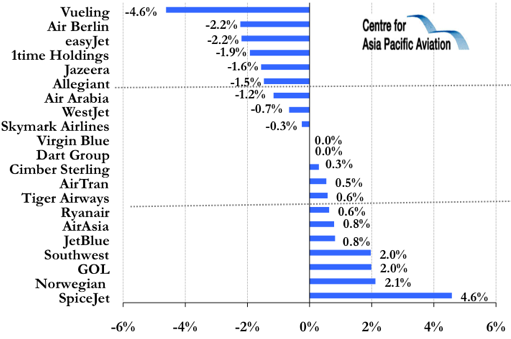