AirAsia Indonesia confirmed its 20% IPO to be held at the end of 4Q2011 is expected to raise USD150 million-200 million. Funds raised will be used to procure new aircraft, boost capital, finance long-term operational costs and speed corporate growth. The company also aims to increase revenue by 15% in 2011. AirAsia shares rose 2.8% in trading on Thursday.

Chinese airline shares had a mixed day. Shandong Airlines and Hainan Airlines recorded falls of 3.4% and 2.6%, respectively, but China Eastern Airlines gained 4.8% and Air China shares were 2.8% higher. China Eastern announced yesterday that it has applied to launch services to Hawaii. 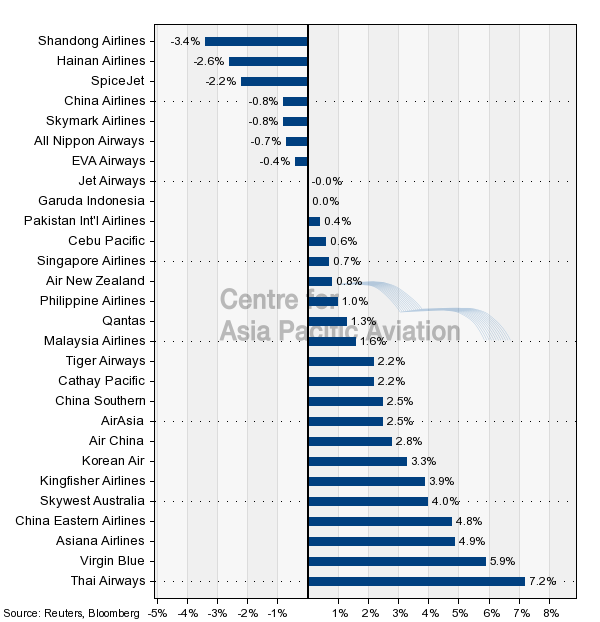