Shares in China Southern also gained, up 3.4%, as the carrier stated it expects net profit for the nine months ended 30-Sep-2010 to surge 1400% year-on-year to CNY322 million (USD48.5 million) with earnings per share of CNY0.05, based on China Accounting Standards. 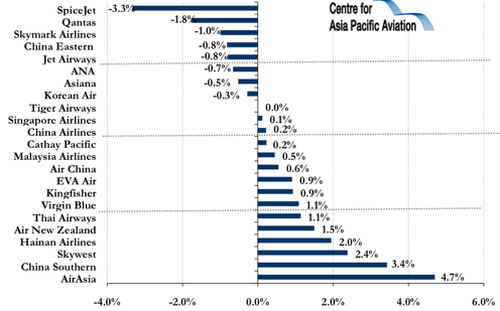