In Europe, Air Berlin’s shares were down 0.7% yesterday. Also on 30-Nov-2009, Air Berlin announced plans to commence mail services for Deutsche Post. The carrier will operate two B737-800s every weeknight between Hanover and Munich, handling approximately 15 tonnes of mail. The contract with Deutsche Post is initially due to run until the end of Mar-2012. 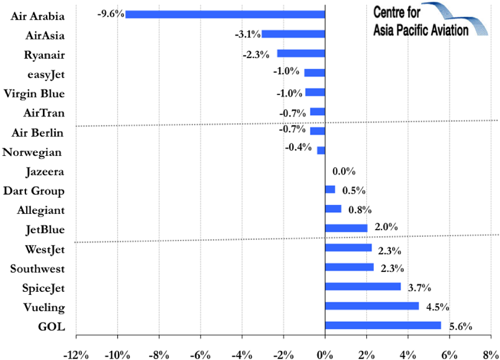