Air France-KLM reported a 4.8% increase in passenger traffic (RPKs) in Jan-2011 and a 1.1 ppts gain in load factor, although the figures were enhanced by favourable comparisons to Jan-2010, which was disrupted by snowfall and a two-day strike by air traffic controllers in France.

Crucially, the carrier noted that while unit revenues were "higher than last year", the airline saw "a levelling-off" in Jan-2011, adding that the geopolitical situation in a number of countries (Ivory Coast, Sahelian region, Tunisia and Egypt) is "weighing on revenues".

Air France-KLM noted its Asia network "remained dynamic", with traffic up 7.4% and capacity up 6.4%. Systemwide cargo traffic rose in line with capacity (by 3.4% and 3.3%, respectively), while cargo unit revenue was up compared with Jan-2010, "which already benefited from a more favourable operating environment". 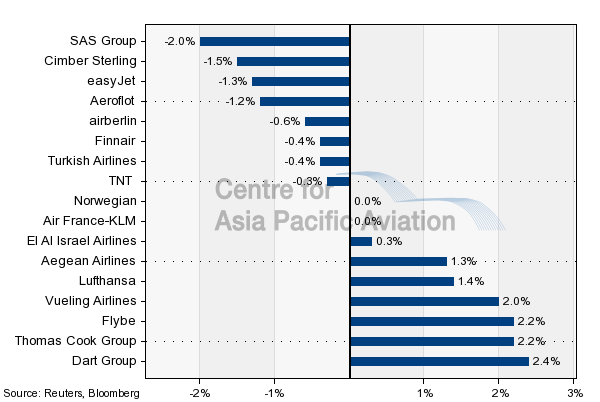