BA’s bid to transport the Prime Minister, Gordon Brown, and his entourage to the upcoming G20 summit in Pittsburgh at the end of Sep-2009 has been undercut by Virgin Atlantic. Virgin's bid was reportedly 30% lower than BA. It will mark the first time Mr Brown has used Virgin Atlantic for official transport.

It all follows reports last week Iberia's board has urged the airline's new Chairman & CEO to seek an alternative to the proposed merger with British Airways.

BA is meanwhile reportedly preparing to sell advertising space on its website and on its boarding passes for the first time to help boost flagging revenues. The advertising spaces will be available from 01-Oct-2009. It follows reports last week that BA is considering "unbundling" some of its service offering, including the possibility of charging economy passengers for food. BA stated, "everything remains under review".

BA earlier announced plans to withdraw meals for economy passengers on flights less than two and a half hours after 10am local time, which should save it GBP22 million a year. The carrier is also considering raising excess baggage charges and amending charges for sporting equipment. 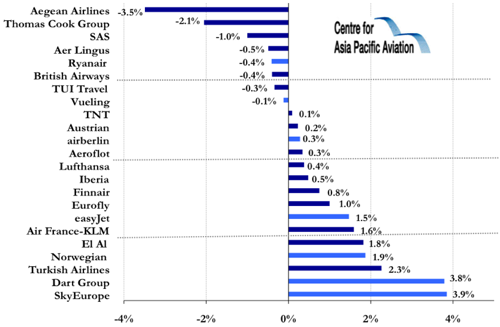