After nearly a year of navigating stringent travel restrictions and receiving no sector-specific financial support from the government, Canadian airlines are seeing some encouraging signs emerge in those two areas. However, it still could be some time before major relief materialises.

Since Mar-2020 Canada has mandated a 14-day quarantine for anyone entering the country, and a range of interprovincial restrictions have also been in place since that time. At the beginning of 2021 the country mandated negative COVID-19 tests for all passengers entering Canada, in addition to the existing quarantine.

In the meantime, Canada’s airlines continue to deal with a state of limbo they’ve been in since the onset of the COVID-19 pandemic. They have also agreed to cut service to warm weather destinations to combat the spread of the virus, which, in some ways, is rubbing salt into their wounds.

Since Mar-2020 Canada has mandated a 14-day quarantine for anyone entering the country, and a range of interprovincial restrictions have also been in place since that time.

At the beginning of 2021 the country mandated negative COVID-19 tests for all passengers entering Canada, in addition to the exiting quarantine.

More recently, Canada has introduced new requirements that entail testing for passengers upon arrival. Those passengers must also quarantine for three days at hotel, at their own expense, while awaiting their results. If the test is negative, passengers can complete their 14-day quarantine at a location of their choice. Those individuals with a positive test are required to complete the quarantine at a government-supervised facility.

It is a dizzying array of restrictions to navigate, and before his recent retirement, former Air Canada CEO Calin Rovinescu stated: “We continue to contend with a patchwork of new and ever changing travel restrictions that are stifling demand.”

Additionally, Canada’s airlines have also agreed to suspend operations to Mexico, Costa Rica and the Caribbean from the end of Jan-2021 to the end of Apr-2021, to help the government slow the spread of COVID-19 and its variants.

In more normal times, routes to those destinations would be popular for Canadian leisure travellers looking to escape winter. Those markets are a solid source of revenue for Canada’s airlines, but with the suspensions, what little demand may have surfaced has vaporised.

Data from CAPA and OAG show that as of late Feb-2021, international markets represented only 8% of Canada’s departing frequencies.

Canada international vs domestic departing frequencies, as of late Feb-2021 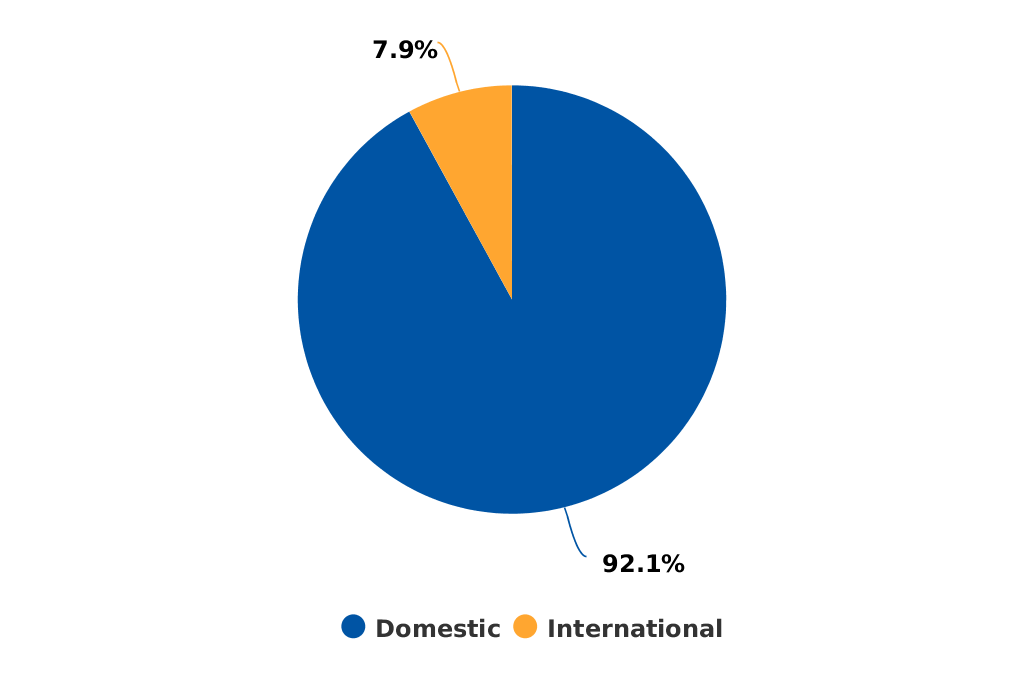 But Mr Rovinescu sees a bit of relief from the restrictions occurring in the coming weeks, noting that 30-Apr-2021 is “the date by which we expect that there will be an improved dynamic with respect to testing, replacing to some degree, quarantines.”

He does not believe quarantines will be eliminated right away. “But we do see a potential for it to get to a five to seven day quarantine, which is consistent with the [US] CDC [Centers for Disease Control] and WHO [World Health Organization]”, said Mr Rovinescu.

Any change would be welcomed by Canada’s airlines, and Mr Rovinescu remarked that the end of Apr-2021 is closer to the Canadian summer, which is a “good segue into not losing a second summer of travel for the industry”.

He also stressed that “we need to open up domestic Canada for travel freely”.

Canada’s airlines are also expressing some optimism that financial help from the country’s government could materialise after nearly a year without support being offered to those operators.

Mr Rovinescu stated that discussions about financial support began in Nov-2020, but had moved to a more advanced nature during the past several weeks. “While there’s no assurance at this stage that we will arrive at a definitive agreement on sector support, I am more optimistic on this front for the first time”, he remarked.

The stipulations by Canada’s government that aid is dependent on ticket refunds for flights cancelled by the pandemic-induced travel collapse, regional communities retaining air service and conditions to protect the public interest “are forming part of the discussion,” Mr Rovinescu said.

The airline believes that the US government aid to airlines in the form of grants and loans could serve as a blueprint for Canadian support.

But before assuming the role of CEO of the airline, former Air Canada CFO Michael Rousseau stated: “The fact is we’re talking about this one year later than most of the other large airlines in the world that received support from their government. And so[,] that has to be looked at through that lens[,] because what might have otherwise been acceptable a year ago may be different at this point in time.”

Air Canada ended 2020 with CAD8 billion in unrestricted liquidity, which is a solid foundation for navigating the ongoing crisis. But the airline has argued that Canada’s stringent stance on travel restrictions has weakened its financial performance compared with operators in other countries.

At the end of 3Q2020 Air Canada explained that, comparatively, its traffic decline based on RPMs (revenue passenger miles) translated into an additional CAD520 million to CAD600 million of lost revenue in Q3, compared to the three large global US operators, United, Delta and American Airlines. Air Canada said the gap was directly attributable to Canada’s travel requirements.

Relief from restrictions and financial support could kick-start Canada's recovery

Given that revenue gap, it is not surprising that Air Canada continues to push for sector-specific financial support from Canada’s government. And for the first time in approximately a year, the company is receiving encouraging signals from the government.

There is no certainty about how long it will take for financial support to emerge, and for restrictions to be eased. But Air Canada and the industry will continue their push for change in order to kick-start the industry’s recovery in Canada.