Air Berlin's shares gained 5.1%, upon the release of the carrier’s Sep-2009 traffic results, which showed a 4.4% increase in revenue per ASK to EUR 6.22 cents - the highest figure in at least 18 months. 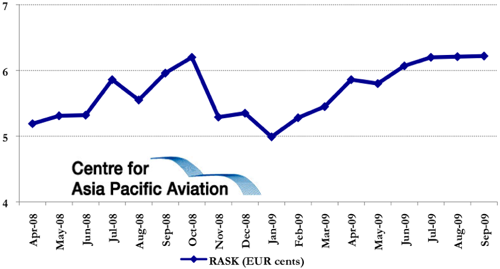 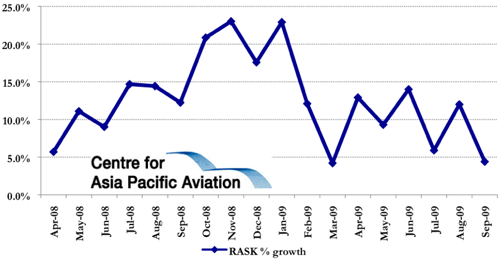 Air Berlin has also benefited from trade downs by business travelers from full service carriers. CEO, Joachim Hunold, previously stated the slowing economic conditions in Europe “could be an opportunity for us, as it increases cost-consciousness”.

The German LCC transported 2.7 million passengers in the month, a 5.0% reduction, as the carrier implemented a targeted 4.8% capacity (ASKs) reduction. Load factor decreased 0.2 ppts to 82.3% in the month.

easyJet pax and load factors up in Sep-2009

In the Americas, JetBlue (shares up 0.9%) reported 12.3% increase in revenue passenger numbers to 1.6 million in Sep-2009, but experienced a 9% reduction in passenger revenue per available seat mile (PRASM) for the month. Load factors improved 0.9 ppts to 76.7% in the month. 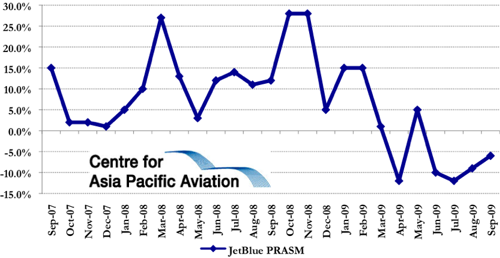 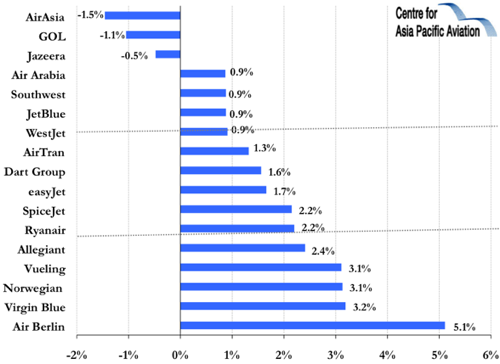