Air Arabia (-4.6%) fell on Tuesday (25-May-2010), along with the Dubai Stock Exchange which slumped by -4.6%. During trading the Sharjah-based airline announced plans to increase its weekly flights to Goa, India. 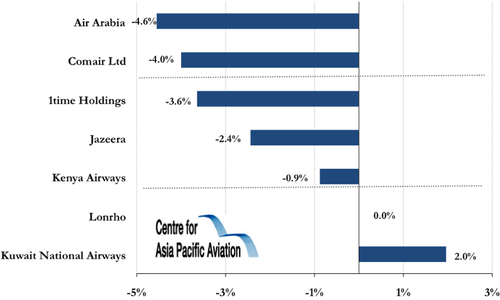