Air Arabia launched a service on Tuesday to allow its Indian passengers to buy tickets and apply for a visa to the United Arab Emirates online.

Air Arabia has partnered with visa processing agency IVS Global to provide online visas to its UAE-bound business and leisure travellers from India. The airline also announced the launch of a call centre in India to facilitate ticket bookings on its Indian services.

Head of Commercial, Mr AK Nizaar stated: “We are in discussions with the Indian Government to enhance frequency as well as add some more destinations,” with the carrier aiming to increase frequencies from metros as well as adding more tier two and three cities to its network. Air Arabia’s shares rose 1.2% yesterday. 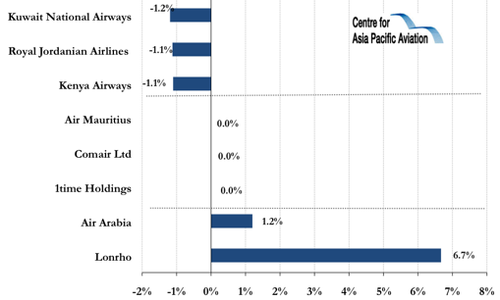