Aerospace companies were weaker yesterday, as economic concerns affected market sentiment. However, US aircraft and avionics providers have witnessed an upsurge in share value so far in 2010, coinciding with the global economic recovery.

Shares in CAE decreased 1.0%, to be one of the best-performing aerospace companies yesterday on the share market. Also yesterday, CAE reported a 38% year-on-year increase in EBIT in the three months ended Jun-2010 to USD59 million, with net earnings increasing 45% to USD38 million, despite revenues slipping 4% to USD349 million.

CAE President and CEO, Marc Parent, said: “We are in the early stages of a market recovery and I am encouraged that in our first quarter we saw higher demand for civil training. We are well positioned to benefit from the civil market recovery."  He added that while there are still economic "storm clouds", the company believes “we're entering into a recovery in the civil aviation cycle".

The company's outlook combined with a solid quarter enabled it to increase its quarterly dividend from CAD 0.03 cents to CAD 0.04 cents.

Air India to seek USD840m in compensation for B787 delays

National Aviation Co of India Ltd (NACIL), the state-owned parent of Air India, confirmed plans to seek USD840 million in compensation from Boeing for delays to the delivery of 27 B787s. NACIL had sought USD710 million as a late fee in Jan-2009. Boeing was due to commence delivering the aircraft in Sep-2008, with the carrier’s first aircraft now scheduled for delivery in 2011.

Air India stated the delay has resulted in the loss of opportunities, business and market share, with the company seeking compensation on the grounds that its growth plans have been hampered, it lost the opportunity to introduce more fuel-efficient aircraft, it had to continue leasing jets at a high cost, and the company was saddled with additional interest burden on the pre-delivery payments it made for the aircraft. 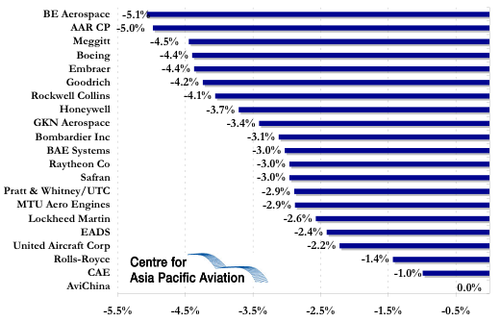 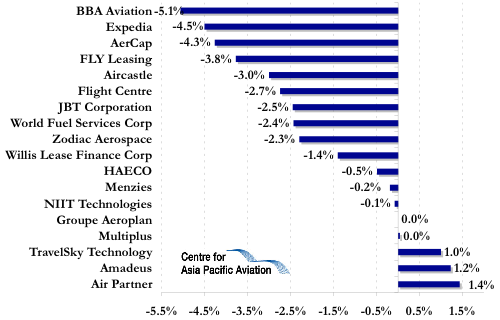