While it may not be the mega order expected from the company, American Airlines has arranged financing for 26 previously ordered 737-800 Next Gen aircraft, while adding another three to its order book. American has a total of 51 737-800s on order.

The company, with one of the oldest fleet in the industry, would not comment on the expected 250 to 280-aircraft order worth between USD15 and USD20 billion. It could come as early as this week since options for either Boeing or Airbus aircraft are set to be presented to the board in advance of the company’s earnings call on Wednesday, which launches the second quarter earnings season.

Airbus, in trying wrest American from its all-Boeing deal, has reportedly offered 130 A320s and a like number of A320neos. In competition are 737-800s, which American already has on order and in its fleet and the 737-900 extended range aircraft. In 1996, American along with Continental and Delta, signed contracts giving Boeing exclusivity through 2018 in return for preferential treatment.

Leeham News and Comment noted that American is unimpressed with the -900ER but impressed with the A321neo to replace 757 and 767ERs. It suggested that the order may be split since no single manufacturer can meet the airlines needs in a reasonable time.

The American order is also expected to launch a plethora of orders from others including a 200-aircraft, narrowbody order from Delta which is scheduled to be announced by the end of the years. Lufthansa is said to be looking at a 150-aircraft order while AF-KLM is also looking. The United/Continental merger delayed United’s choice of narrowbody aircraft but that is expected to be added to the overly-extended backlogs for the new manufactures. It is also no secret that Southwest – another all-Boeing operator – is growing impatient with Boeing’s reticence to announced whether it will re-engine the 737 or develop a clean-sheet design. 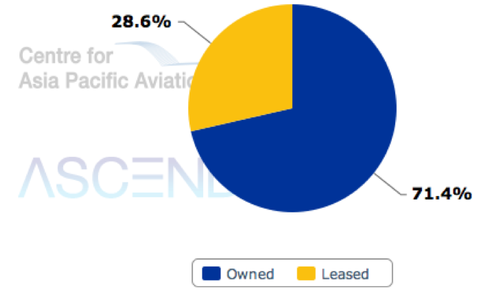 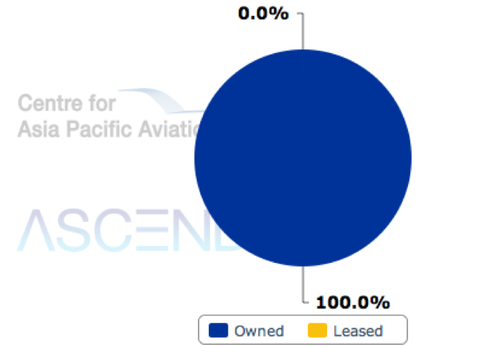 The deal with aircraft lessor, AerCap, covers up to 35 737-800 Next Gens on order including 26 previously ordered aircraft and three new orders of the popular narrowbody. The balance covers six aircraft now subject of purchase rights that, if exercised, would be delivered in the 2013-2014 period. The airline expects to take 15 new 737-800s this year, 28 next year and 14 in 2013.

The American transaction is in addition to AerCap’s own order book. 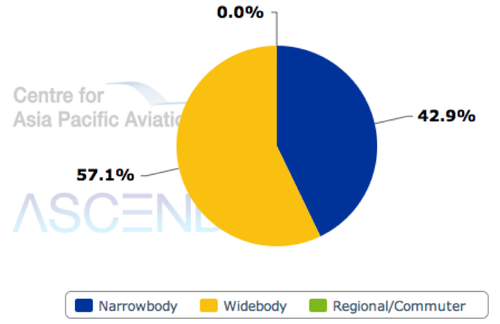 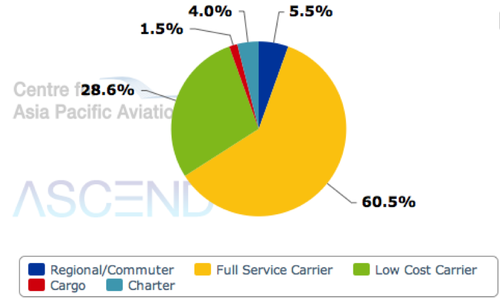 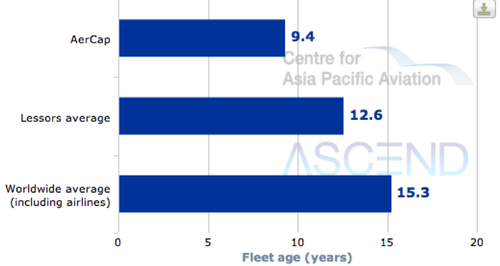 "With this major aircraft transaction, we will deepen our relationship with one of the world's leading airlines. Furthermore, this transaction will materially increase the number of Boeing 737-800 aircraft in our portfolio, one of the most in-demand and fuel-efficient aircraft in the world," said CEO Angus Kelly.

The news comes as American is once again about to launch the earnings season next week when it is expected to post yet another loss as the rest of the industry posts profits. Now 18-months into its corner-stone market strategy, its failure to make any headway on profitability is making analysts nervous if not downright impatient.

Questions have arisen over American’s ability to afford its new aircraft with Motley Fool saying: "We believe it very difficult for AMR to achieve the necessary annual mid-cycle free cash flow stream for its equity to have any practical value at all (only option value). And this replacement order will only further pressure its cash-flow stream (while adding further leverage), albeit with tangible benefits with respect to fuel-efficiency in subsequent years following initial delivery (perhaps in 2015)." 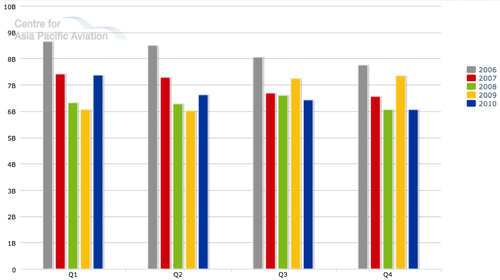 It also comes after Standard & Poor’s made a downward revision to its ratings to negative. The agency pointed to the company’s high debts, fuel costs in the first half and slowing revenue increases for the change. Despite this, and numerous research notes decrying the state of American’s health, CEO Gerard Arpey remains adamant its corner-stone strategy will start paying off now that it has its joint ventures with British Airways, Iberia and JAL. He believes that over time, the airline will close the cost gaps with rivals and prove its point.

The initiatives on its plate not only include its pending narrow-body order but a major upgrade in information technology and a pitched battle with global distribution systems in an attempt to wrest control of its product from a mere commodity to something that can set it apart from the crowd.

As with the rest of the industry it is benefitting from higher revenues thanks to a series of fare hikes in the first year. However, the industry hasn’t been able to successfully raise fares since March despite seven attempts. Even so, fuel costs have ameliorated.

American and Delta are at about the same place in terms of ageing fleet, according to Seeking Alpha which did a recent analysis on fleet age in preparation for what is expected to be the next round in fleet replacement and growth for US carriers. 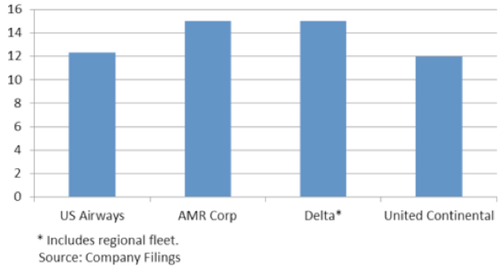