Shares in Europe were generally lower in trading yesterday, with Aer Lingus falling 6.1% after the carrier confirmed it will make an exceptional provision of EUR32.5 million in its financial statements to resolve a tax dispute with the Irish government.

The Irish government insisted 715 Aer Lingus staff who were rehired after being made redundant should pay tax and social charges on their redundancy payments. Aer Lingus had previously assured staff their tax liability would be limited. The airline maintained “it is inappropriate to seek to recover any amount from staff” and expressed its “deep disappointment and frustration” at the decision. Aer Lingus said it feared that if it pursued further negotiations the issue could end up costing more. 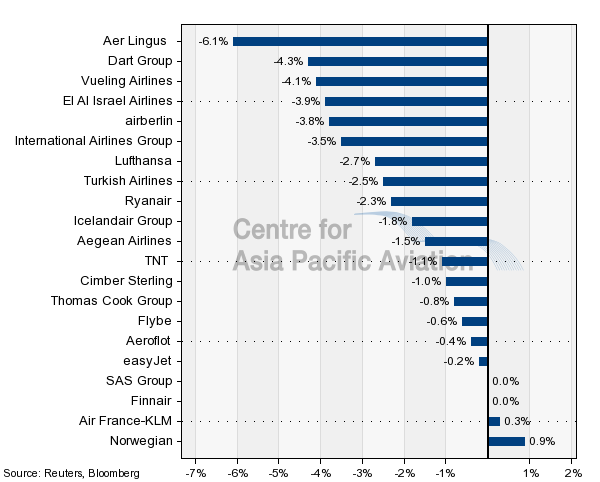