AAR Corp reported a net profit of USD13.7 million for the first quarter of its financial year (three months ended 31-Aug-2010), from revenue of USD412. Revenue increased 21% year-on-year, mostly due to the acquisition of Aviation Worldwide Services (AWS), which was acquired in the fourth quarter of FY2010. Government and Defence services revenue was USD129.3 million versus USD36.7 million last year, with AWS “performing ahead of plan”.

Sales in AAR Corps’ MRO and Structures and Systems businesses declined, with commercial performance still slowing. Aviation Supply Chain revenue increased (excluding the impact of one-offs in the same period last year), driven by improvements in the aftermarket parts business, “reflecting a modest recovery in the commercial market.” Sales to commercial customers were flat in the year-on-year comparison, while defence sales rose 45%. On a consolidated basis, organic sales growth was 2% year-on-year.

The slight increase in sales, “reflects the early stages of recovery in demand for commercial aviation products and services”. With the commercial recovery expected to continue, although at a slowing pace, AAR Corp expects its financial results will continue to improve.

Meanwhile, AerCap took delivery of its 100th Airbus aircraft on 15-Sep-2010, another milestone for the company. AerCap aims to become the world’s largest independent aircraft lessor. At the end of Jun-2010, AerCap's portfolio consisted of 327 aircraft and 87 engines either owned, on order, under contract or letter of intent, or managed. This includes the 53 aircraft that AerCap added through its acquisition of follow lessor, Genesis Lease, in Mar-2010.

With the consolidation and merger and acquisition activity in the commercial aircraft leasing market in recent years, and the perceived reduction in power of ILFC and GECAS, there is renewed interest in the market.

Investec Australian, owner of Investec Global Aircraft Fund, announced earlier this week that it reopened the fund to invest

in commercial aircraft on lease to "tier-one and tier-two" airlines. Former Qantas CFO, Colin Storrie, has also been picked to join the fund's investment committee.

Investec plans to increase the fund's aircraft portfolio to over USD1 billion in a relatively short period of time. In Apr-2010, the fund raised USD65 million, bringing total capital invested to USD140 million since its launch in 2008.

Cinven Group, one of the private equity partners behind Avalon, believes that the commercial aircraft leasing market will continue to grow. Avalon successfully completed its initial capital raise of USD1.4 billion in May-2010, including an equity commitment of USD750 million from Cinven, together with CVC Capital Partners and Oak Hill Capital. Peter Catterall, a partner at Civen, expects up to USD450 billion will be invested to financing new aircraft purchases over the next four to five years.

Aircraft lessors are also returning to the fore of aircraft acquisitions, as airlines attempt to rebuild their liquidity. This year aircraft lessors have ordered more than 230 aircraft from Airbus and Boeing, accounting for more than a third of firm orders from the two aircraft manufacturers for the year to date. GECAS and the new Air Lease Corporation have both placed big narrowbody orders. 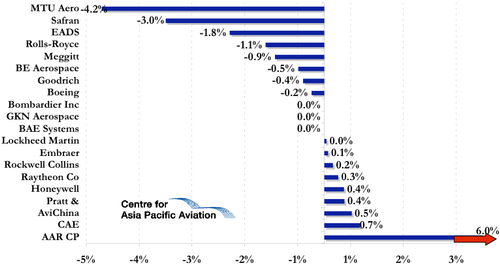 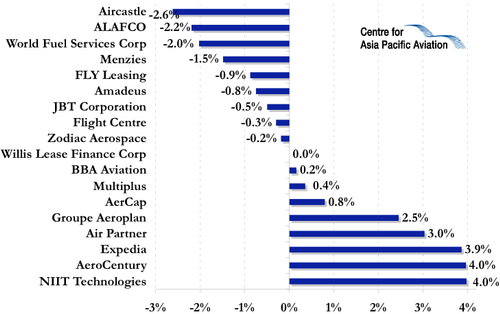