A 'tough' 2010 for Emirates but on course for record result

Most airlines would have longed for a 2010 comparable to Emirates. Despite President Tim Clark describing the conditions over the year “tough” and “challenging”, the carrier is still on track to report a financial result better than its 2009/10 financial year, when it achieved a net profit of AED3565 million (approximately USD1 billion).

In the first six months of FY2010/11 (year commencing 31-Mar-2011), Emirates reported a staggering net profit of USD925 million. This was 350% higher than the previous corresponding six months and only marginally short of its full-year result for FY2009/10. The carrier has navigated its way through the lingering effects of the economic downturn, natural disasters, higher oil prices, poor European weather and political unrest, but has still managed to stay “on course”. 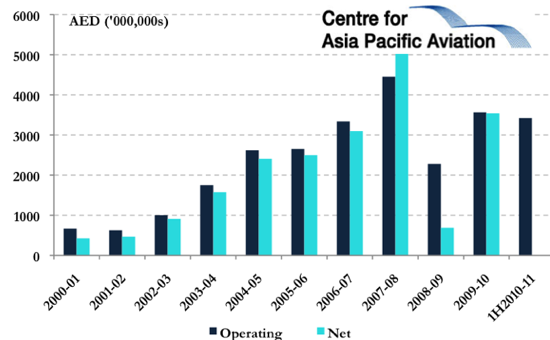 Emirates handled 15.5 million passengers over the first half of its fiscal year. The carrier had an average 81.2% passenger load factor, its highest ever for a six-month reporting period.

The airline’s performance in the second half of the financial year is not expected to match the strength of the fist half, thanks to the unrest in North Africa and the Middle East that began in Dec-2010. Emirates reduced services to Egypt, Bahrain and Tunisia, but has restored most of its operations. In Feb-2011, the carrier reported that system-wide load factor had dipped to 75%, compared with a typical 81% to 82% during the late winter season. Mar-2011 load factors were returning to normal.

Emirates has not quantified the financial impact the disruption will have, although the instability in the region will inevitably dent Emirates' financial results for its current fiscal year. Despite lower load factors, yield has “remained fairly constant”, said Mr Clark.

Middle East and the return of oil to above USD100 per barrel.

Despite the disruptions from civil unrest and natural disasters through 2010 and early 2011, it is the cost of fuel that presents the sharpest concern for Emirates. At present, fuel accounts for 43% of the carrier's operating costs, a percentage that has grown steadily over the past seven to eight years. Less than a decade ago, fuel costs were barely 11% to 13% of total operating costs. 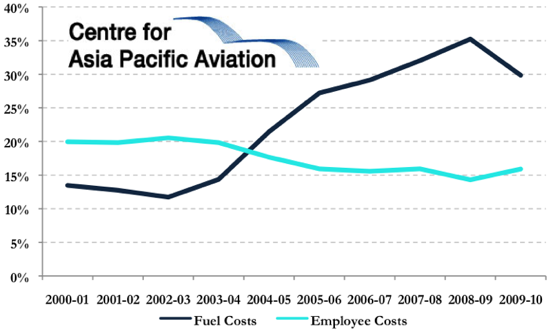 With economic growth continuing, demand is still elastic enough that Emirates has been able to compensate for the higher fuel prices by raising fares and surcharges. However, Mr Clark believes that airlines globally will face a major challenge if the price of jet fuel remains around the USD130 per barrel mark until the end of 2011.

For Emirates, the outlook remains positive. Senior VP Ahmad Khoury has forecast strong growth in 2H2011, despite the political instability in the Middle East and North Africa. While recent operations have been a “struggle” the overall result has been “extremely positive”, said Mr Khoury. The indications are that Emirates’ performance is only going to improve through the year.

Traffic at Emirates’ home hub in Dubai has been clearly affected by the regional unrest, but airline traffic in the UAE has been stronger to other hubs in the region. The UAE’s position as a relative oasis of calm in the region has seen it benefiting from an upsurge in tourism- particularly in terms of inbound tourism numbers. According to Dubai Airports, the UAE’s stability has encourage tourists to re-routing their travels from troubled regions to the UAE.

Emirates has also forecast more traffic from European and South America to pass through its home hum. New routes to Geneva, Copenhagen, Rio de Janeiro and Buenos Aires will inevitably add to growth in 2011. 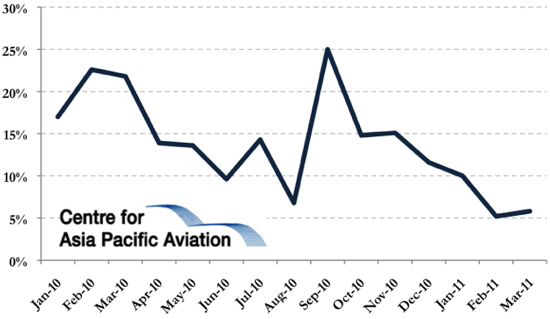 Dubai Airports reports that passenger totals on Middle Eastern routes dropped over Mar-2011, while there was a “sharp decline in traffic to Africa”. Freight traffic was affected by a decline in traffic from Asia, particularly from China due to the Chinese New Year holidays, as well as by limited flight disruptions in the Middle East.

Also assisting Emirates will be the opening of Concourse 4 at DIA this year. When the new facility is complete, foreign carriers will migrate to it, while Emirates will fill concourses 1,2 and 3.

Emirates expects to record another record profit this year, but the prospects beyond this are not as encouraging, thanks to the price of oil. Mr Clark has warned rising oil prices “threaten to bring us all to our knees", not just for the aviation industry, but for the broader global economy. The carrier has cautioned that oil prices linger around the USD130 per barrel mark – or above - then there will be “casualties”.